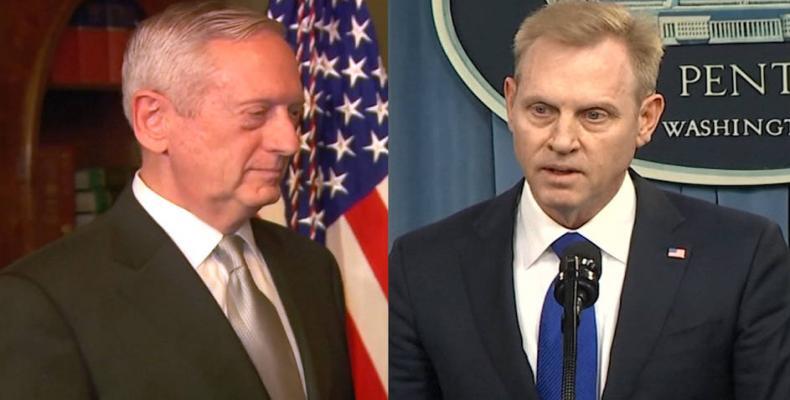 Washington, December 27 (RHC)-- U.S. President Donald Trump said he would fire Pentagon chief James Mattis two months ahead of schedule, after Mattis rebuked Trump’s foreign policy decisions in a resignation letter he made public last week.  Trump reportedly did not read Mattis’s letter and only learned about his objections from Fox News.

After growing increasingly angry with his defense chief, Trump said Mattis will leave on January 1st; he had previously been expected to retire at the end of February.

Meanwhile, President Trump’s envoy to the coalition fighting ISIS has resigned over Trump’s decision to withdraw U.S. troops from Syria.  Brett McGurk was appointed in 2015 by President Obama and held the role until his resignation.