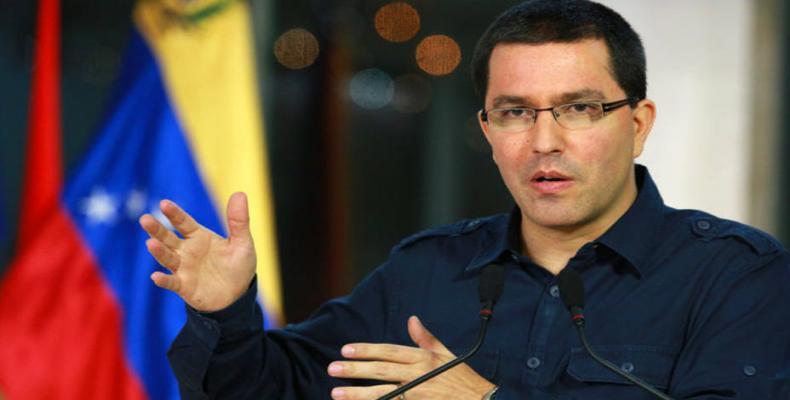 Caracas, April 27 (RHC)-- The U.S. Treasury Department has sanctioned Venezuelan Minister of Foreign Affairs Jorge Arreaza, who condemned the move and denounced what he described as "criminal" acts by the U.S. against the Latin American country.

The Office of Foreign Assets Control, a financial intelligence and enforcement agency of Treasury Department, designated Jorge Arreaza and Judge Carol Bealexis Padilla de Arretureta as targets of fresh sanctions.  "There are reactions that confirm that we are on the right path and give us more STRENGTH to fight.  Yesterday at the UN, we irrefutably denounced the U.S. criminal blockade against Venezuela.  Today the Trump administration responds with desperation against us.  The TRUTH hurts!" Arreaza tweeted.

At a United Nations meeting on Thursday, Arreaza said that the unilateral sanctions imposed by the United States are not against officials, but against the general population.  The Venezuelan foreign minister reported that in the coming days, President Nicolas Maduro will announce the creation of a registry to "keep track of the effects our people are suffering as a result of the blockade" imposed by the administration of Donald Trump.