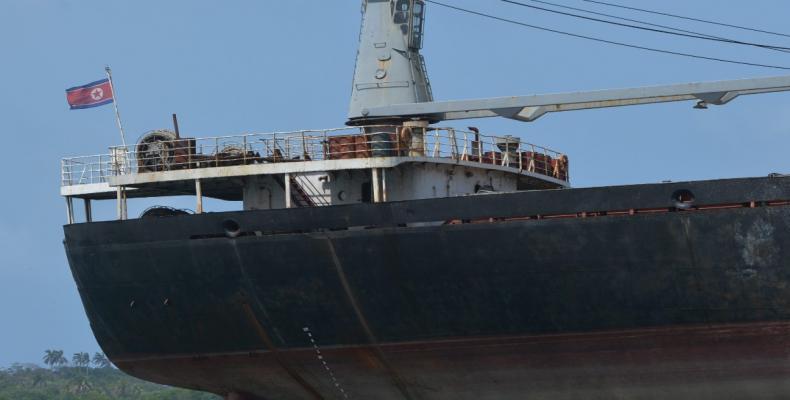 Washington, May 10 (RHC)--  The United States has for the first time seized a North Korean cargo ship over what it claims is violating economic sanctions by Washington and the United Nations, another sign that relations between the two countries are once again on a collision course after a brief thaw.

The U.S. Justice Department announced on Thursday that the ship, known as the “Wise Honest,” was seized by the U.S. for "illegal shipments."  The vessel was first impounded by Indonesia in April 2018.  According to the DOJ statement, the ship was operated by the Korea Songi Shipping Company.

“Payments totaling more than $750,000 were transmitted through accounts at a U.S. financial institution in connection with the March 2018 shipment of coal on board the Wise Honest,” the statement said.  Washington filed a seizure warrant for the ship in July 2018.  The Wise Honest was approaching U.S. territorial waters off American Samoa, department officials said.

In an unexpected turn of events, the U.S. president will end denuclearization talks with the North Korea leader much earlier than excepted.  The unusual civil forfeiture action comes after North Korea test-launched a number of missiles on two occasions in the space of a few days in what is believed to be a protest by leader Kim Jong-un to US President Donald Trump's refusal to dial down sanctions during a collapsed summit in Vietnam in February.

However, the Department of Justice insisted that the timing of the move on Thursday was unrelated to the missile launches.  “There is no connection at all between the recent activities by North Korea,” Geoffrey Berman, the U.S. attorney for the Southern District of New York, claimed.  “We have been pursuing this for months.”

In a bid to block North Korea's funding for its nuclear and ballistic missile programs, Washington has spearheaded several rounds of sanctions against the Southeast Asian country at the UN Security Council since 2006.

North Korea remains largely unaffected according to UN sanctions monitors, who reported in March that Pyongyang continues to defy the measures “through a massive increase in illegal ship-to-ship transfers of petroleum products and coal.”