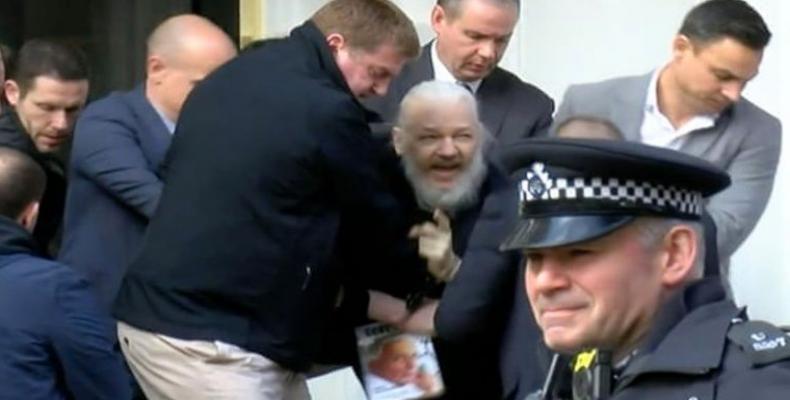 Moscow, May 25 (RHC)-- According to a former CIA analyst and whistleblower, John Kiriakou, there is little hope for Julian Assange to be given a fair trial in the hands of the U.S. justice system.

Kiriakou blew the whistle on the U.S. government-sanctioned torture program in 2007 and his case was handled by the same District Court in Virginia.  Sentenced to 30 months after pleading guilty to leaking the name of an officer involved in waterboarding, Kiriakou told RT that there is high chance Assange might spend the rest of his life in jail.

The U.S. Department of Justice rolled out 17 new charges against Assange under the Espionage Act, a WWI-era document that was aimed at prosecuting spies during war time.  Assange became the first journalist or publisher to ever be charged under the century-old law and now faces up to 170 years in prison.

According to Kiriakou, Julian Assange should not count on the court’s impartiality in his case: “They are going to try to make an example of Julian.  He’s been charged in the Eastern District of Virginia.  His judge was also my judge and ex-Snowden’s judge and [CIA whistleblower] Jeffry Sterling’s judge who reserves every national security case for herself.”

She is a hanging judge.  She will not give him a fair trial.  It’s impossible for Julian to receive a fair trial in the Eastern District of Virginia.  Speaking from his own experience with the same district court, Kiriakou argued that it will "try to give him as many years as they can,” which means a “sentence of 30-40 years” if served concurrently.

The only avenue worth taking a shot on is to protest the constitutionality of the Espionage Act, notorious for its vague language, to the U.S. Supreme Court, Kiriakou said.  “He’ll have immediate standing to appeal on the basis that the Espionage Act is unconstitutionally vague,” he said.  “The Supreme Court has never ruled on this issue.  That may be the way to go.”