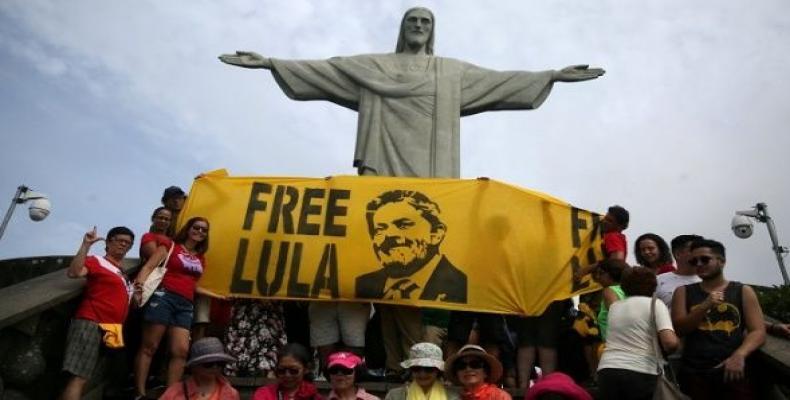 "Convictions against Lula are legal aberrations which are based on frivolous accusations and negotiated accusations with defendants who have repeatedly altered their testimony, bowing under pressure from prosecutors and eager to recover their freedom and properties," states a press released signed by Gleisi Hoffmann (PT), Juliano Medeiros (PSOL), Luciana Santos (PCdoB) and Joao Paulo Rodrigues (MST).

In 2016, Lula was accused of owning a three-story beach apartment to which improvements would have been made using money from Odebrech.  Later, in April 2018, the Worker's Party leader was arrested in a manipulated judicial process. He was convicted to over 12 years in jail for alleged money laundering and prevented from holding a public office for almost 26 years.

The U.S. journalist Glenn Greenwald published dialogues between prosecutor Deltan Dallagnol and former judge Sergio Moro, who in 2017 sentenced Lula da Silva in the first instance to nine years and six months in prison for allegedly receiving a beach apartment in Sao Paulo.

Leaked messages from procurador Deltan Dallagnol confirmed the support of Supreme Federal Court judge Luiz Fux to the Car Wash operation.  During a hearing at the Brazilian Federal Senate, Justice Minister Moro contradicts himself about the truth of The Intercept leaks.

While he admitted that messages are real, he also said messages are part of a "digital crime" commanded by hackers who might have altered their content.

Messages reveal that Moro, who was responsible for prosecuting the case against Lula and condemning him in the first instance, had delivered to the Public Ministry the names of the witnesses to whom the prosecutors should offer deals in exchange for their testimonies.