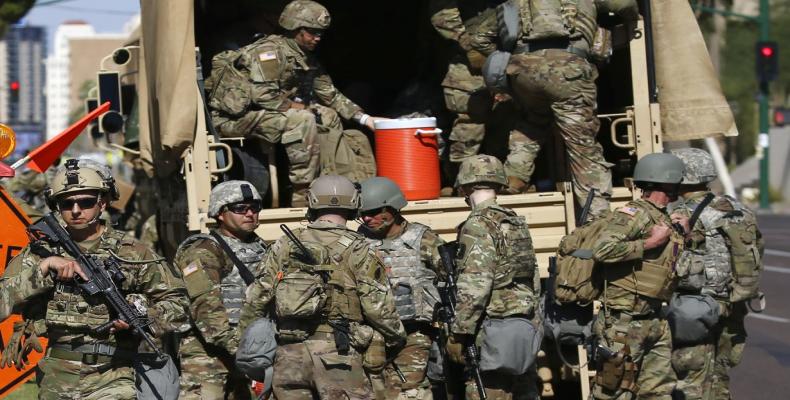 Washington, June 3 (RHC)-- The Pentagon has ordered forces and bases in the Washington D.C. area to "Force Protection Condition Charlie," a threat condition that indicates "likely" targeting of military forces and or terrorist action and the second highest alert level available.

There are reports that as many as 1,600 U.S. Army troops have been mobilized on the outskirts of the U.S. capital and are awaiting further orders.

The state of higher alert was ordered for the District of Columbia, Maryland and Virginia.  The order follows a rapidly moving and confusing set of statements and threats coming out of the White House in the previous 24 hours.  During this period, President Donald Trump has threatened state governors with federal intervention, and appointed Chairman of the Joint Chiefs of Staff Army Gen. Mark Milley as the commander of federal forces—a legally questionable order.  Under the law, the chairman serves as the principal military adviser to the president, not a military commander.

As a further measure Monday, the president quietly federalized the District of Columbia National Guard, the first National Guard troops to be federalized in response to the outbreak of national protests responding to the death of George Floyd.