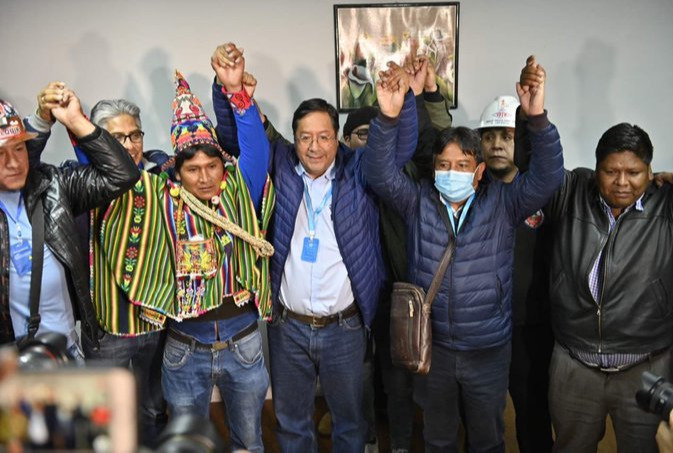 Luis Arce has won the presidency of the country in the first round of voting on Sunday. (Photo: teleSUR)

La Paz, October 19 (RHC)-- Preliminary results in Bolivia's election based on exit polls reveal that the candidate for the Movement Towards Socialism (MAS), Luis Arce, has won the presidency of the country in the first round of voting on Sunday.

According to an announcement from exit polls, at 12 midnight, Luis (Lucho) Arce won 52.4 percent of the votes; the runner-up, his closest rival, Carlos Mesa garnered 31.5 percent.

At a news conference in La Paz, the Bolivian capital, Luis Arce said the MAS party in power once again would work to recover the country's economy.  He said: "We have the obligation to redirect our process of change without hate, learning and overcoming our own mistakes."

The Bolivian president-elect thanked the international community for accompanying the electoral process that had developed with much polarization and expectation.  "I thank the observers who have been kind enough to come to our house and listen to our concerns about how the electoral system was developing," he added.