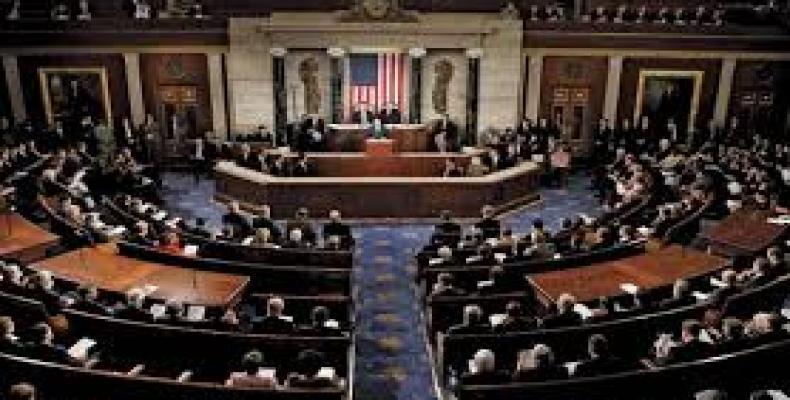 Washington, December 10 (RHC)-- The U.S. House of Representatives has overwhelmingly passed a $741 billion defense bill with a veto-proof majority.  The bill requires military bases be stripped of Confederate names, which Trump has previously said would lead him to veto the package.  Trump also threatened to veto if lawmakers don’t crack down on social media companies he claims were biased against him in the election.

The legislation will require federal officers at protests to identify themselves and their agencies, following outcry over their presence and lack of accountability during racial justice protests over the summer.  In addition, the defense measure calls for pay raises for troops and slowing down the planned drawdown of forces in Afghanistan and Germany, and makes it more difficult to deploy military personnel to the U.S.-Mexico border.

Minnesota Congressmember Ilhan Omar voted against the bill, saying; “It is unconscionable to pass a Pentagon budget that continues to fund unnecessary projects and endless wars during a time of widespread suffering across our country.”