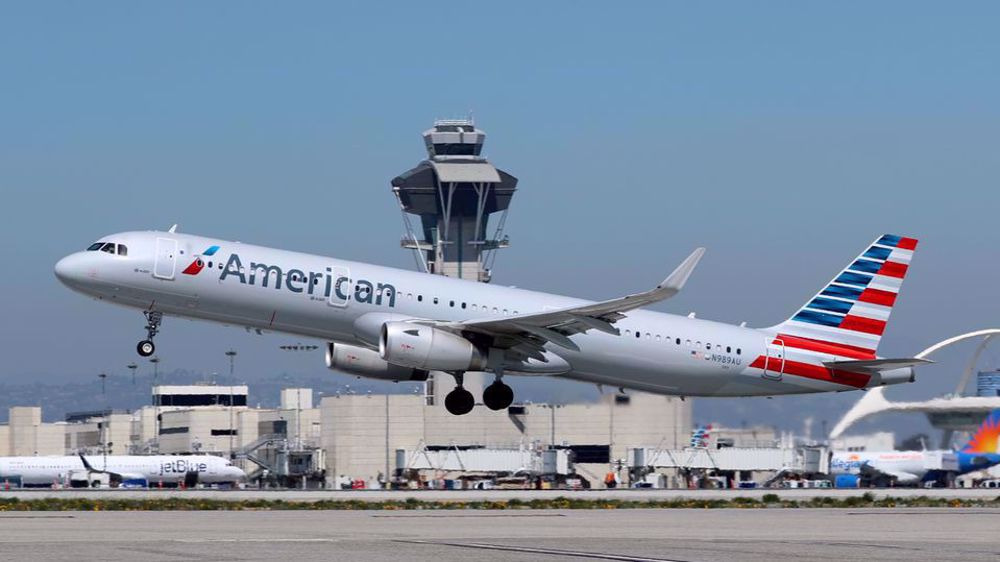 New York, June 22 (RHC)-- American Airlines is canceling hundreds of flights for at least the next few weeks due to a combination of factors that threaten regular business operation.

Among those factors are a heavy uptick in travel, labor shortages and weather, a spokeswoman for the airline said, adding the cancellations are expected to last until mid-July at the earliest.

"The first few weeks of June have brought unprecedented weather to our largest hubs, heavily impacting our operation and causing delays, canceled flights and disruptions to crew member schedules and our customers' plans," Stacey Day said.

"That, combined with the labor shortages some of our vendors are contending with and the incredibly quick ramp up of customer demand, has led us to build in additional resilience and certainty to our operation by adjusting a fraction of our scheduled flying through mid-July."

The company said in a statement that "(We) feel these schedule adjustments will help ensure we can take good care of our customers and team members and minimize surprises at the airport."  Only on Saturday and Sunday, over 300 flights were cancelled because the airline could not staff crews for the planes, CNBC reported.

On Saturday, 123 flights were scrapped which represented 4 percent of all flights, CNBC said, citing date from FlightWare. And on Sunday, 180 flights were canceled, according to the report. However, the airline told the network that was only 3 percent of all of its flights “including those operated by regional carriers.

Half of Sunday’s flights were canceled over crews, CNBC added in its report.  The airline said its cancellations were done in a way that the smallest number of customers would be affected.  “We made targeted changes with the goal of impacting the fewest number of customers by adjusting flights in markets where we have multiple options for re-accommodation.”

Airlines and other transportation operators have seen a quick increase in demand as Covid-19 vaccination rates rose in the US and travel restrictions have been lifted in recent weeks.

According to data from the US Transportation Security Administration, around 50 million airport passengers were registered in May, a rise of 19% from April. So far in June, the TSA has registered about 35 million air passengers.