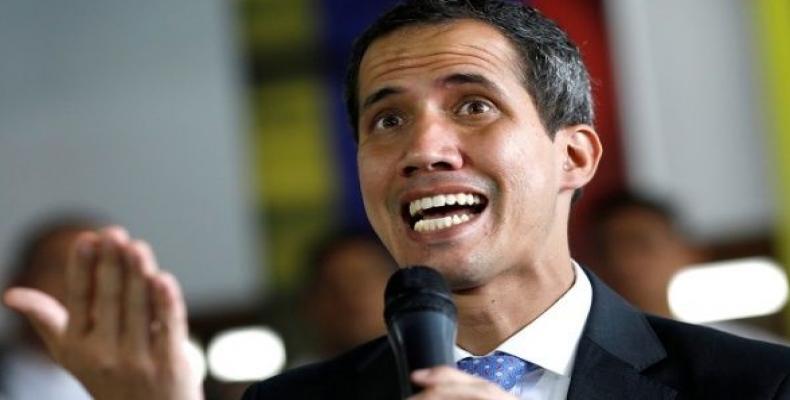 Bogota, September 8 (RHC)-- Venezuelan opposition leader Juan Guaidó must answer for crimes against humanity, and there will be no agreement in Venezuela until the U.S. lifts sanctions, predicts an analyst.

From Pasto, in an interview granted to HispanTV channel, political scientist Carlos Santa María -- commenting on the ongoing dialogues between the Venezuelan opposition and the government of Nicolás Maduro -- has asserted that opposition leaders, such as Juan Guaidó and Leopoldo López, are involved in crimes against humanity.

"They have been murderers of the Venezuelan people [...] They are the ones who have to answer, both sectors of this platform, for crimes against humanity," the expert has pointed out, referring to Guaidó and López.

In a forecast of the facts, the international affairs analyst has affirmed that what may happen is that the opposition counterpart, which is grouped in the so-called Unitary Platform, "divides and fractures" in the middle of negotiations with the Venezuelan Government.

For Santa María, the problem facing the peace dialogues in Venezuela are the "U.S. regime trying to create conflicts" and the Venezuelan opposition groups that have done so much damage to the country.

As opposition groups split and lose power, the Venezuelan government consolidates to face constant attacks, says the expert.  Regarding the conditions of the Venezuelan Government, Santa Maria has assured that there will be no agreement until Washington lifts the sanctions imposed on Venezuela, at the request of the opposition and, in this sense, indicates that "the Iranian model is very precise, first they lift the sanctions and we move forward."

On Sunday, President Maduro stressed that the dialogues in Mexico will not provide impunity to Guaidó, who will be judicially prosecuted for the damage he has done to the lives of Venezuelan families.

The delegations of Maduro's government and the Unitary Platform, which brings together the most radical Venezuelan opposition groups, resumed negotiations in Mexico last month and will continue talks next September 24th.