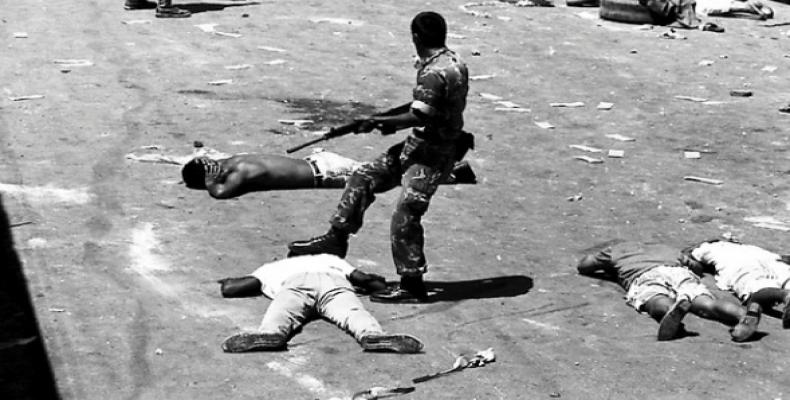 Caracas, February 27 (teleSUR-RHC)-- In February 1989, thousands of Venezuelans took the streets in a wave of protests that highlighted the right-wing misrule in the country. The protests came to be known as the Caracazo -- an uprising that began in the capital, Caracas -- and shaped the country's future.

On February 27th 1989, the poorest Venezuelans living in the “cerros” (mountains surrounding Caracas filled with shanty towns) took over the streets in what began as a protest against a new hike on public transportation prices. It soon became a nationwide movement.

As the police began repressing the demonstrations, a growing number of people joined the protests. Events turned violent; the police opened fire after some of the protesters began targeting shops and supermarkets in a desperate attempt to get food.

Official figures show that hundreds of people were killed by police that day. The day became popularly known as the “Caracazo,” but violence continued throughout the following week. Official figures in Venezuela place the death toll at just under 300, but other estimates indicate up to 3,000 were gunned down in the wave of protest.