Venezuela Remembers Chavez on Anniversary of His Death 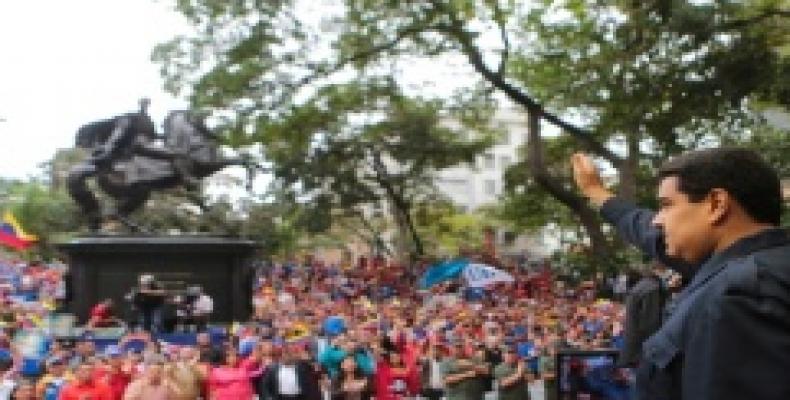 Venezuela's current President Nicolas Maduro addressed an emotional crowd at a special ceremony in the afternoon, where he praised the former leader of the Bolivarian Revolution, the leftist social movement that brought massive change to Venezuela.

“Today is a day full of emotions, of feelings, of memories. Two years in which we had to accept, and live through, the harshest reality of our generation and future generations,” said Maduro.

Maduro referred to Chavez as “the greatest leader Venezuela has had after Simon Bolivar,” referring to the 19th century Venezuelan revolutionary leader, and said Chavez “sacrificed his life for the people, by the people, for the life of all of us.”

President Maduro thanked the Venezuelan people for the unconditional support they have given in the last two years since the socialist leader's departure, and referred specifically to their support during the latest coup attempt by right-wing sectors.

“We should be proud of the renewed, just, profound, and passionate anti-imperialism that was brought to us by Hugo Chavez,” said Maduro.