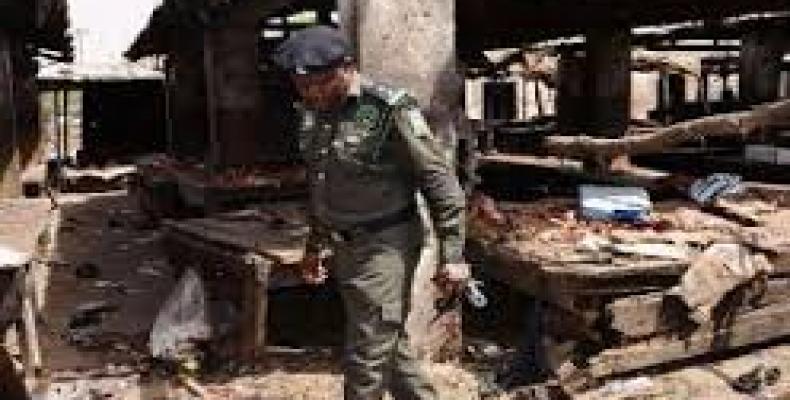 Nigerian vigilantes had come across the bombs during a patrol, collecting and taking them to the nearby town of Monguno, where they exploded on Tuesday, causing the fatalities.

Multilateral offensives forced the Nigerian Takfiri terrorist group from the territories they had seized in the country’s northeast. Boko Haram says its goal is to overthrow the Nigerian government and has claimed responsibility for a number of deadly shooting attacks and bombings in various parts of the country since the beginning of its militancy in 2009, which has so far left about 15,000 people dead and displaced about 1.5 million.

The Nigerian military, however, says the extremists are now confined to the Sambisa Forest in the country’s northeast.