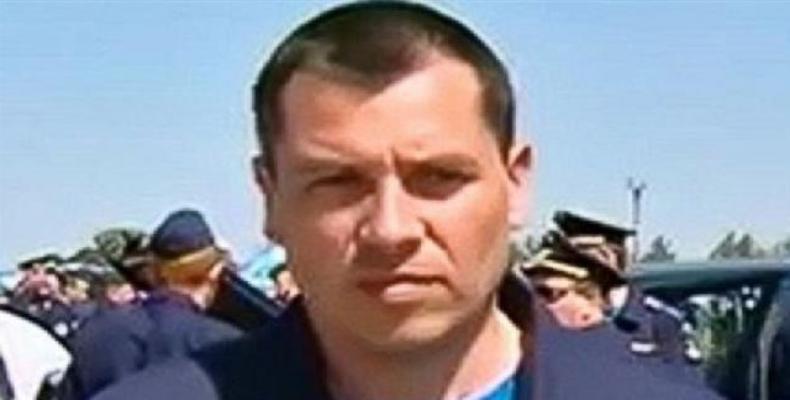 Damascus, November 26 (RHC)-- The sole survivor of the downed Russian Su-24M Fencer jet says the Turkish jets did not issue any visual or radio warnings before shooting down the warplane.

Konstantin Murakhtin, the surviving pilot of the jet, said: "There was no warning, not by radio exchange nor visually. There was no contact at all." Murakhtin spoke to Russian journalists on Wednesday at Moscow's base in Syria after being rescued by Russian special forces and Syrian troops.

The remarks made by the Russian pilot are in contrast to those of the Turkish government that claimed its F-16 warplanes had issued warnings before shooting down the aircraft.

Meanwhile, Turkish Prime Minister Ahmet Davutoglu said that he himself had given the order to destroy the Russian jet. "Despite all the warnings, we had had to destroy the aircraft. The Turkish Armed Forces carried out orders given by me personally," said Davutoglu, speaking to a meeting of his ruling Justice and Development Party, the Canadian ThinkPol news website reported.

Earlier in the day, Shamsail Saraliev of the ruling United Russia party who represents Chechnya in the State Duma -- the lower house -- tweeted that Russia should destroy the perpetrators of the "cowardly" attack.

"To start with, as a minimum, it is necessary to establish the identity of the Turkish pilots responsible for the cowardly attack on our aircraft and those who gave them orders, and destroy them," he wrote on his Twitter account.