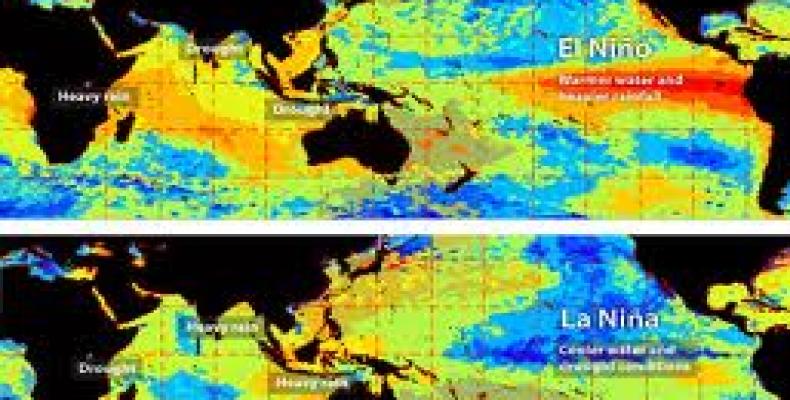 Mexico City, January 26 (RHC-XINHUA) -- After displacing over 100,000 South Americans with severe floods in 2015, the El Nino weather phenomenon is expected to wreak more havoc in the region well into 2016.

In a December 29 report, Josh Willis, a project scientist at NASA's Jet Propulsion Laboratory (JPL), said satellite images potentially showed "we have not yet seen the peak of this El Nino," mainly because the amount of extra-warm surface water has continued to increase.

Some two weeks later, on Jan. 13, Colombia's meteorological institute (IDEAM) labeled the 2015/2016 El Nino as "the second strongest on record," adding it "continues in its stage of greatest intensity."

Extreme weather in parts of Latin America shows El Nino remains active. The World Meteorological Organization (WMO) expects this El Nino to be among the four strongest registered in the past 65 years.