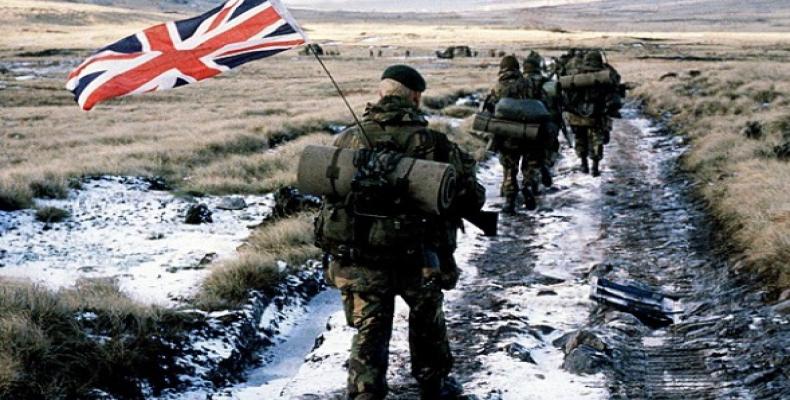 London, February 18 (RHC)-- A British political analyst says London will never compromise on the territorial dispute with Argentina over Malvinas Islands, known as the Falklands to Britons.

"The official line is that the new administration in Buenos Aires in Argentina has opened the possibility of some settlement talks on the Falklands, but the British government is not going to retreat on Britain's sovereignty over the Falkland Islands," Chris Bambery told Press TV.

British Defense Secretary Michael Fallon has already criticized comments by Labour leader Jeremy Corbyn that the sovereignty of the islands should be up for negotiation.  "The biggest threat at the moment isn't Argentina, it's Jeremy Corbyn and the Labour Party who want to override the wishes of the islanders," Fallon told the Daily Telegraph.

"The issue is how we improve relationships with rest of South America and we have the election of a new government in Argentina that may open the door to that," he noted.

The comments follow British Defense Secretary Michael Fallon's recent visit to the disputed territory.  During his visit, the first by a British defense secretary in more than decade, Fallon expressed hope that the recent election of Mauricio Macri as Argentina's president would open the door for better ties between London and Buenos Aires.

Argentina's new President Mauricio Macri has already voiced interest in starting "a new era" in relations with Britain.  However, he has made clear that he would maintain Argentina's claim over the islands.

The remote islands, have been the source of tension between Britain and Argentina.  The two countries fought a bloody war back in 1982 which claimed 917 lives, including 649 Argentinean soldiers.