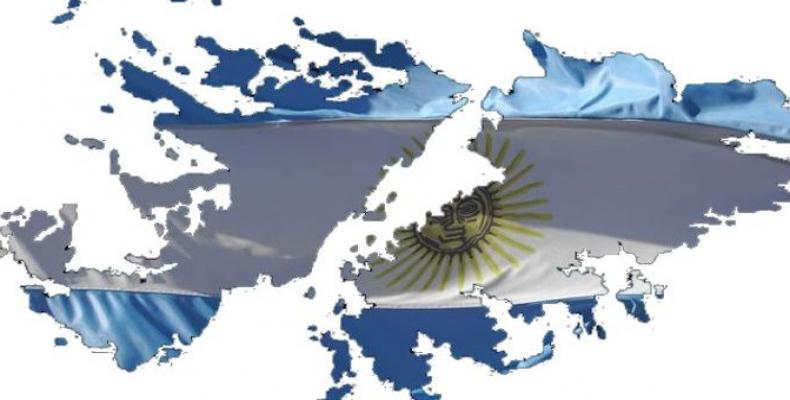 Brussels, July 6 (RHC-teleSUR),--The Argentine government said Monday it will maintain its sovereignty demand over the Malvinas Islands that are currently occupied by the U.K., even if the country leaves the EU.

"With or without Brexit, the Malvinas claim will never change," said Argentine President Mauricio Macri, during a press conference in Brussels.

Argentina's claim "is held throughout time, and we hope that someday we can sit around a table to discuss the issue in depth," said Macri.

This claim didn’t stop Macri from meeting with British Prime Minister David Cameron on two separate occasions, during the World Economic Forum held in the Swiss city of Davos in January, and then in Washington D.C. during the Nuclear Security Summit held in April.

After the statement, Macri traveled to Berlin to meet German Chancellor Angela Merkel on Tuesday, to promote a trade agreement between the EU and the regional bloc of Mercosur.

Argentina has claimed sovereignty over the Malvinas islands since 1833, when the U.K. occupied the territory. In April 1982, the military dictatorship ruling in Argentina tried to recover the land, but was defeated.