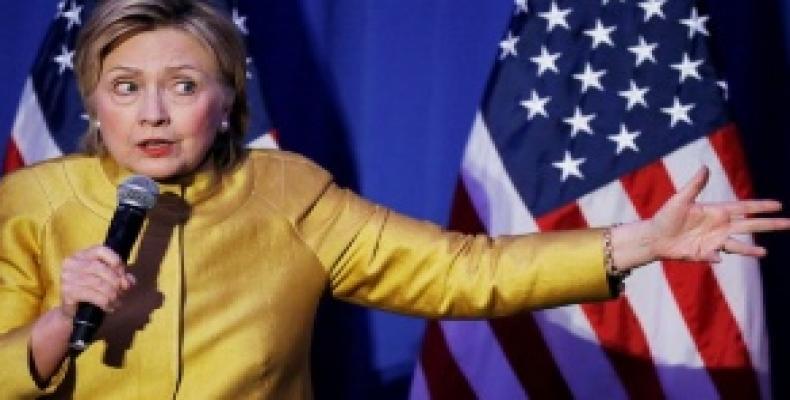 Washington, May 6 (RHC)-- A U.S. federal judge in Washington says he may order Democratic presidential front-runner Hillary Clinton to testify under oath about whether she used a private e-mail server as U.S. secretary of state to evade public records disclosures.

Based on what might be discovered from those interviews, which are to be conducted over the next eight weeks, Sullivan says in his order an out-of-court testimony from Clinton "may be necessary."  That raises the possibility that Clinton could be ordered to testify in the middle of the US presidential race.

There have been at least three dozen civil lawsuits filed, including one by The Associated Press, over public records requests related to Clinton's time as secretary of state from 2009 to 2013.  The Federal Bureau of Investigation (FBI) and four other U.S. intelligence agencies are also investigating whether sensitive information that flowed through Clinton's e-mail server was mishandled.

The inspectors general at the State Department is separately investigating whether rules or laws were broken.  Clinton has come under fire for using a private e-mail account and server at her home in New York state for official e-mails when she was Washington's top diplomat between 2009 and 2013.