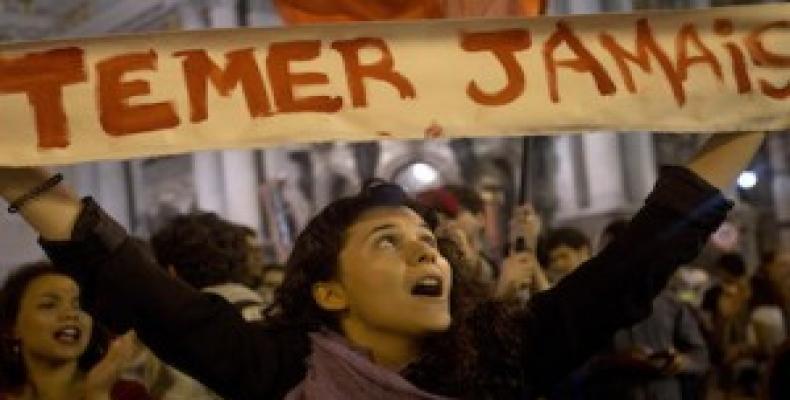 Sao Paulo, May 23 (RH)C-- With teargas and water cannon trucks, Brazilian police dispersed protesters who were gathered Sunday evening near the residence of Acting President Temer.

Police and government troops moved in on a protest encampment named "Out Temer" which had been set up near Temer's home.  On social media, including Facebook and Tweeter, teleSUR posted photos showing the repression carried out against the protesters.

Demonstrators, numbering in the tens of thousands, were seen being forcibly evicted from the camp in front of Temer's home.  On one video clip, as police beat and arrested a number of activists, a chorus was heard: "Fora Temer" -- "Out Temer."