Britain Spies on Assange At Ecuadorean Embassy in London 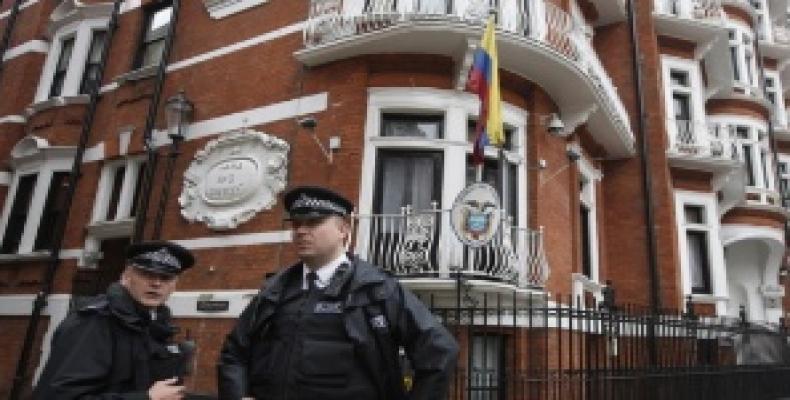 London, July 1 (RHC)-- Ecuador's Foreign Minister Guillaume Long said that he suspects British intelligence to have spied on Julian Assange in the London-based Ecuadorean embassy where has has received asylum for the past four years.

"There are cameras everywhere, and it is one of the most spied (on) embassies in the world," said Long during a United Nations Human Rights Council meeting in Geneva.  He added: "You need to be lucky to make a phone call from inside the embassy.  Internet is constantly interrupted. Everything is hacked.  It's a really hostile environment every day for Assange."

The Ecuadorean foreign minister went on to criticize the U.K. for demanding other countries respect resolutions on human rights, while hypocritically ignoring the very same resolutions.

In February, the U.N. Working Group on Arbitrary Detention found that Assange was the victim of arbitrary detention, but both Swedish and British authorities have refused to comply with the ruling by rescinding the arrest warrant.  Ecuador's foreign minister said that this is "a clear example of their double standards."