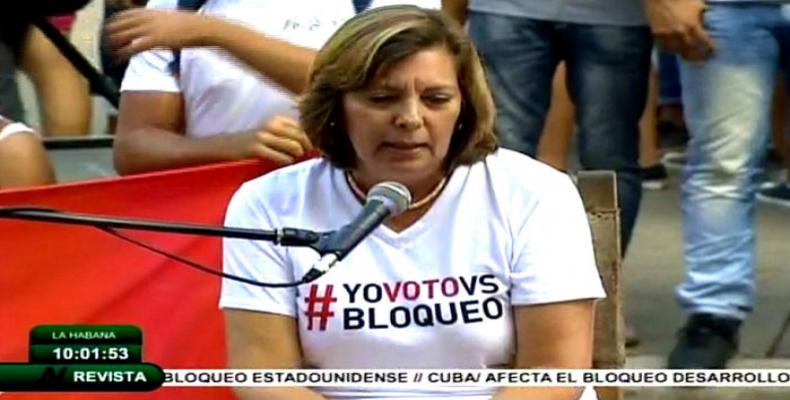 Havana, October 17 (RHC)-- A top Cuban diplomat described as significant a presidential directive regarding Cuba issued by the Obama administration on Friday, but warned that the U.S. policy of blockade against Cuba remains in full force.

Addressing a crowd of young people at the University of Havana, director general for United States in the Cuban Foreign Ministry Josefina Vidal said the U.S. presidential directive is an effort to try to ensure continuity in the U.S. policy of relaxation towards Cuba.  However, she pointed out that as President Barack Obama gets ready to leave office, the U.S. blockade against Cuba stays in place.

Vidal said the directive recognizes the legitimacy of the Cuban government and the benefits for both countries having a relationship of civilized coexistence in spite of differences. It is the fist time, she noted, that Cuba's independence, sovereignty and self-determination is recognized in an official U.S.document.

The directive on Cuba, the first that's issued by President Obama, is a significant step in the process towards lifting the blockade and to the improvement of relations between the two countries.

But, said Josefina Vidal, the U.S. presidential directive does not hide the intention of promoting socio-economic and political changes in Cuba via closer contacts with the Cuban private sector, while hostile instruments like  illegal broadcasts and subversive programs against Cuba are not disregarded. No mention is made either, she said, of the U.S. ever relinquishing the illegally occupied territory in Guantanamo.