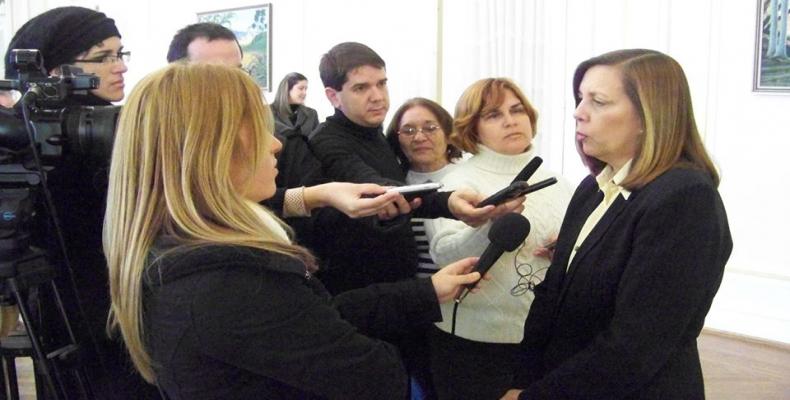 Havana, October 15 (RHC)-- Josefina Vidal, Director for the United States at the Cuban Foreign Ministry, said in Havana that the new package of measures announced Friday by the U.S. government to modify some aspects of the U.S. blockade are positive, but limited in scope.

In statements to Cuban and foreign press in Havana, the Cuban diplomat added that the new rules are more beneficial to the United States than to the Cuban people.

Josefina Vidal referred specifically to the presidential directive issued by U.S. President Barack Obama, in which he explicitly says the aim is to make "irreversible" his administration's changes towards Cuba.

Josefina Vidal says that while the text recognizes Cuba's sovereignty, independence and self-determination, it does not hide Washington's overall aim to promote economic, political and social changes in Cuba.

The Cuban diplomat reiterated Cuba's willingness to develop  mutually beneficial cooperation relations with the U.S. government as equals, based on respect, reciprocity and non-interference in the countries' internal affairs.