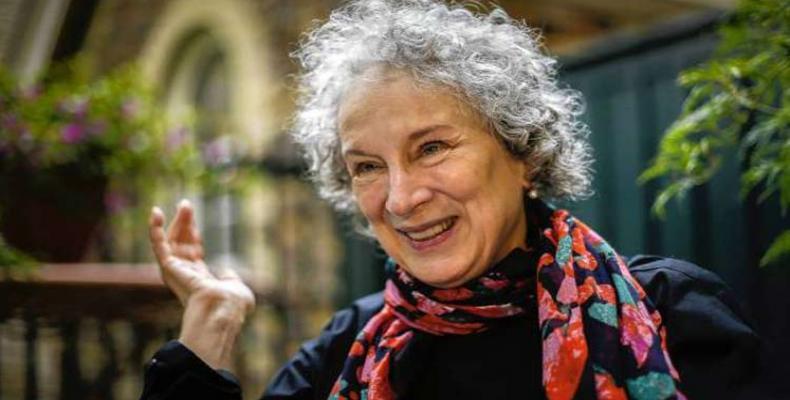 Havana, February 11 (RHC-Herald Tribune)– A Canadian author who was the recipient of Spain’s prestigious Prince of Asturias Award for Literature in 2008 paid a visit on Friday to the Havana International Book Fair, which in its 26th edition is honoring her homeland as guest of honor.

Margaret Atwood attended the inauguration of the Canadian pavilion at the fair, where a newly published collection of her short stories titled “El quetzal resplandeciente y otros relatos” (The Resplendent Quetzal and Other Stories) was presented.
The collection was published by Cuba’s Editorial Arte y Literatura and includes 67 texts by the 77-year-old author.

Drawn in part by the presence of the Canadian literary icon, author of the novels “The Edible Woman” and “The Handmaid’s Tale,” a sizable number of Canadians are visiting this year’s fair, which will run through February 19.

Also available for sale at the book fair, held at the sprawling La Cabaña fortress overlooking Havana harbor, are a new bilingual collection of Atwood’s poetry and a newly published anthology of 23 short stories by Canadian authors that includes a prologue by Atwood and her husband, Canadian author Graeme Gibson.

Furey underscored his country’s outstanding literary quality and said it reflected the diversity with which Canadians have built their national identity over the past 150 years.

Cuban editions of works by nearly 30 Canadian authors are among the highlights of the Havana International Book Fair this year.