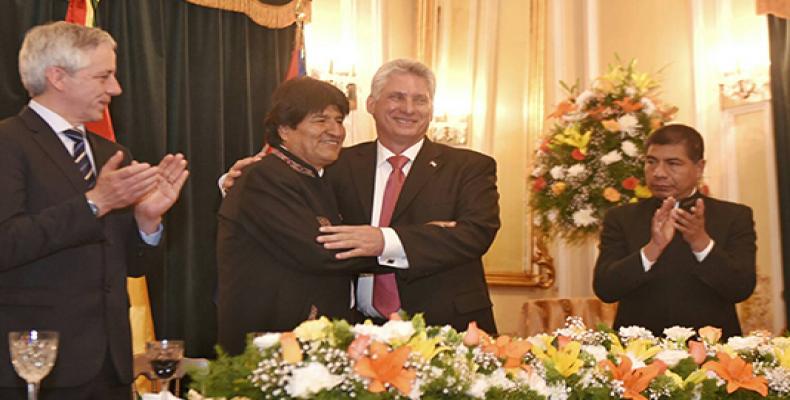 During the exchange, at the Government Palace in La Paz, the two dignitaries agreed on strengthening regional integration as a way to confront and overcome challenges stemming from the counteroffensive of right-wing forces.

The Cuban vice president renewed Cuba's commitment to defending and advancing the just causes of regional peoples against attempts by foreign-backed oligarchies to reinstate neo-liberalism in Latin America. He referred specifically to the U.S.-backed attacks against constitutional leaders in Brazil, Argentina, Ecuador and Venezuela.