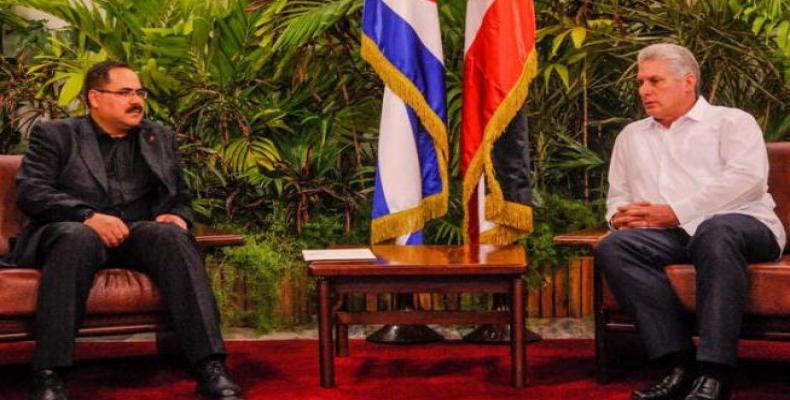 Havana, Feb 14 (RHC)-- Cuban First Vice President Miguel Díaz-Canel met Tuesday afternoon in Havana with Sabri Saidam, Minister of Education and Higher Education of Palestine and a member of the Al Fatah movement's Central Committee, who is visiting our country as a special envoy of President Mahmud Abbas.

During the fraternal meeting, Díaz-Canel reiterated Cuba's unwavering support for the inalienable right of the Palestinian people to establish their own independent state, within the 1967 borders and with East Jerusalem as its capital.

Likewise, the Cuban vice president renewed Cuba's condemnation of the unilateral decision of the United States to recognize Jerusalem as the capital of Israel.

Saidam, who is also participating here in Havana in the international conference on higher education Universidad 2018, thanked the Caribbean state for its long-standing support for the Palestinian cause, and expressed his country's interest in further consolidating friendship and cooperation ties that unite the two nations.