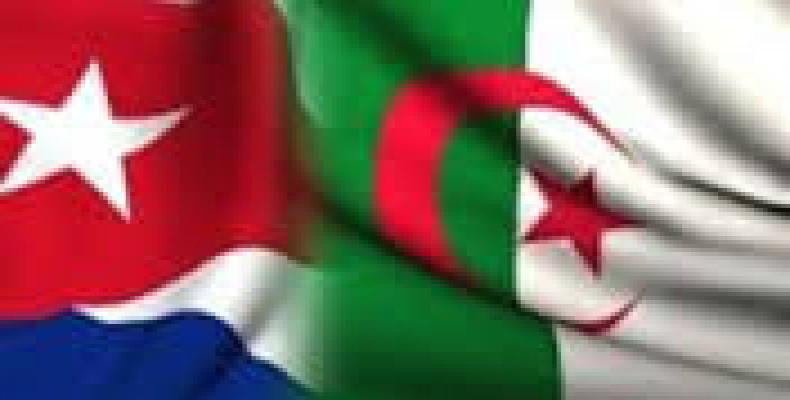 Havana, January 30 (RHC-Granma) -- Ricardo Cabrisas, Vice President of the Council of Ministers and Minister of Economy and Planning, has received Professor Mokhtar Hasbellaoui, Algerian Minister of Health, Population and Hospital Reform and co-president of the Cuba-Algeria Intergovernmental Commission.

Professor Mokhtar Hasbellaoui headed the official delegation participating in the 20th Session of the Intergovernmental Commission on economic, commercial, scientific, technical and cultural cooperation between the Republic of Cuba and the People’s Democratic Republic of Algeria. He was accompanied by the Algerian Ambassador to Cuba, Mhamed Achache.

The Algerian Minister expressed his government's will to continue developing and strengthening bilateral economic relations, with the implementation of concrete actions in the health, biotechnology, water resources, sports, agriculture, basic education, and higher education sectors, and the promotion of foreign trade and investment on the basis of the solid historic relations existing between both governments.