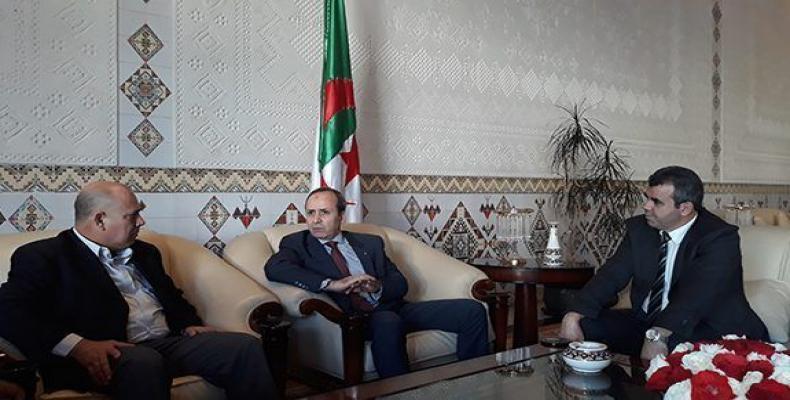 Algiers, May 24 (RHC)-- Cuban health minister Roberto Morales leads the country's delegation on a working visit to Algeria on occasion of the 55th anniversary of Cuban internationalist health cooperation, which began in Algeria in 1963.

Upon his arrival in Algiers, Morales Ojeda was received by Mokhtar Hazbellaoui, Algerian Minister of Health.

On May 23, 1963, in response to the call of Commander in Chief Fidel Castro, a brigade made up of of 44 men and 12 women, including doctors, dentists, nurses and health technicians, departed for Algeria on Cuba's first ever health mission abroad.

The medical mission, led by the then Minister of Public Health, José Ramón Machado Ventura, arrived in Algiers on May the 24th, giving rise to Cuban internationalist medical cooperation and a history of friendship and brotherhood shared for more than half a century.

Today 907 health professionals give continuity in Algeria to the unwavering history of solidarity of the Cuban Revolution. Distributed in 14 of the 48 wilayas (provinces) across the nation, Cuban collaborators work on four fundamental programs, maternal and child care, ophthalmology, oncology and urology, to improve the quality of life of Algerian families.