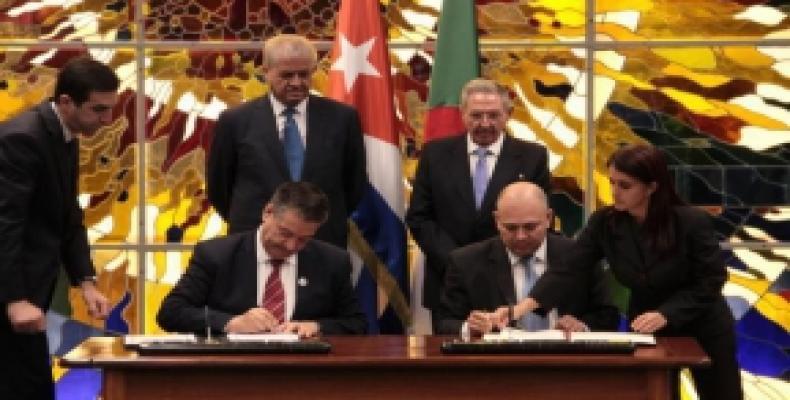 Prior to the signing ceremony, the two dignitaries held official talks during which they reaffirmed both governments' determination to further strengthen friendship and cooperation ties.

In the context of the Algerian premier's official visit here, other cooperation agreements are also scheduled to be signed in such areas as biotechnology and higher education.

During the cordial exchange, the Algerian leader commented on the two countries’ close friendship and extended warm words to the leader of the Cuban Revolution, on behalf of his government and in particular the Algerian people.

Fidel recalled moments from his past encounters with President Abdelaziz Bouteflika, whom he called 'an unconditional and loyal friend of Cuba.' He also commented on Cuba’s internationalist collaboration with various African countries, in particular Algeria, and emphasized the challenges facing the international community in order to safeguard peace and ensure food security and the existence of the human species.