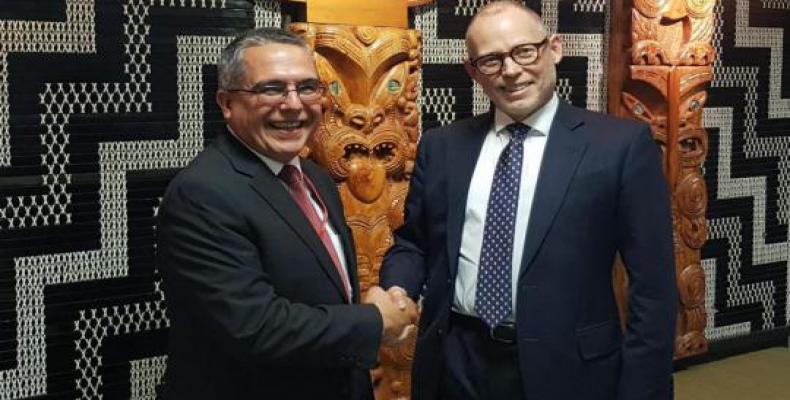 During the exchange, held at the headquarters of the New Zealand Ministry of Foreign Affairs, both diplomats underlined the importance of continuing to work for the development of political and economic links and also praised the results thus far of cooperation in the areas of agriculture, livestock, education, culture and science, the benefits of which extend to other Pacific states as well.

Deputy Foreign Minister Marcelino Medina highlighted the fluid exchange between both countries' foreign ministries, particularly the high-level visits, aimed at boosting the bilateral political dialogue.  And both sides also acknowledged the beneficial cooperation ties in the multilateral context as well as the common position on several international issues.

As part of his official visit, the Cuban first deputy foreign minister is scheduled to hold meetings with other officials of the New Zealand foreign office, members of Parliament and authorities from the country's ministry of trade, among other activities.