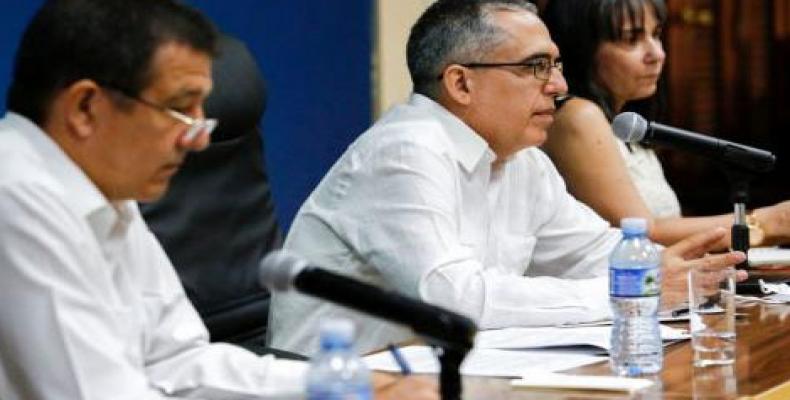 Havana, August 13 (RHC)-- The meeting of Bilateral Political Consultations between Cuba and Argentina took place  Thursday, through videoconference. The encounter showed the willingness of both countries to strengthen the already existing links in the economic and commercial fields, education, culture, and cooperation.

During the talks, both sides reviewed the state of bilateral relations and noted the positive links between the two countries, as well as the existence of common views on the challenges facing the region.

Likewise, they reiterated their willingness to work together in the search for Latin American unity and integration, according to a note published by Minrex's official website.

Medina acknowledged Argentina's historic and sustained support in different multilateral forums in the battle to end the U.S. economic, commercial and financial blockade against Cuba.

Tettamanti thanked Cuba for its support to Argentina's legitimate claim to sovereignty over the Malvinas Islands, South Georgia, South Sandwich Islands and their adjacent seas.