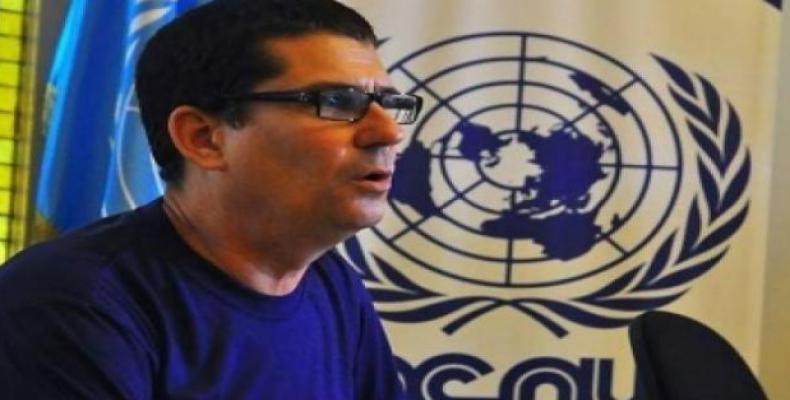 Havana, October 12 (RHC)-- Representatives of more than 130 organizations from Cuba took part this Friday in the 15th Civil Society Forum, a space where they ratified their condemnation of the economic, commercial and financial blockade imposed by the United States on the Caribbean island.

According to Prensa Latina news agency, the meeting served as an opportunity to demand the total elimination of this act of economic warfare, in accordance with the provisions of the Declaration on the Law of Maritime War, adopted by the London Naval Conference in 1909.

With their blockade strategy, Washington intends to force the Cuban people to surrender their sovereignty, stated the president of the Cuban Association of the United Nations, Fermín Quiñones.

Speaking at a news conference in Havana, Quiñones noted that on October 31st, the UN General Assembly will vote on a draft resolution on the need to end the U.S. blockade of Cuba.  He said it will be the 27th consecutive year -- since 1992 -- that the United Nations votes on the Cuban resolution.