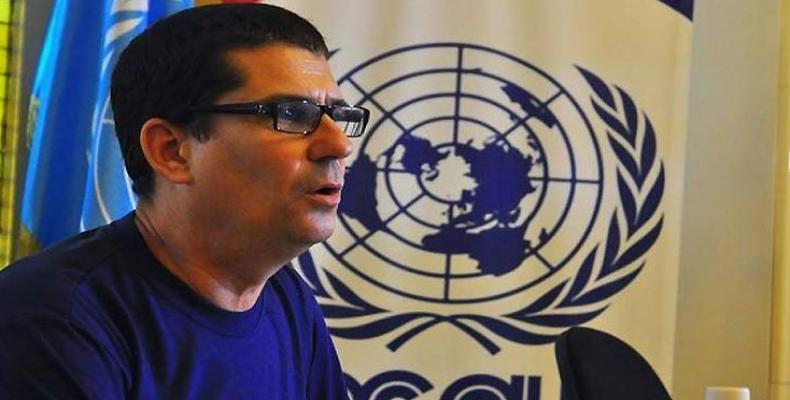 Havana, June 8 (RHC)-- Representatives of Cuba's civil society, along with regional and international organizations based on the island and religious institutions and fraternal associations, issued a statement on Tuesday condemning the U.S. blockade.

The text was read at the closing of the 17th Forum of the Caribbean nation's civil society against the U.S. blockade, convened by the Cuban Association of the United Nations (ACNU), which was held virtually.

The participants denounced the progressive and systematic increase in the aggressiveness of Washington's policy against the Cuban people, which they described as criminal, genocidal, and extraterritorial, particularly due to its reinforcement during the Covid-19 pandemic.

Likewise, they rejected the Helms-Burton Act and said that it is a 'legal monstrosity of a political nature, which internationalizes the blockade by applying coercive measures that violate the sovereignty of third countries.

The statement points out that the inclusion of Cuba in the list of countries that allegedly sponsor terrorism is an action lacking in justification, with an impact on all spheres of society, as it increases the difficulties for international trade and financial operations.

The humanitarian impact and the effects on families, such as the halt of reunification programs, and the limitation of remittances and flights to the island, were part of the rebuke.