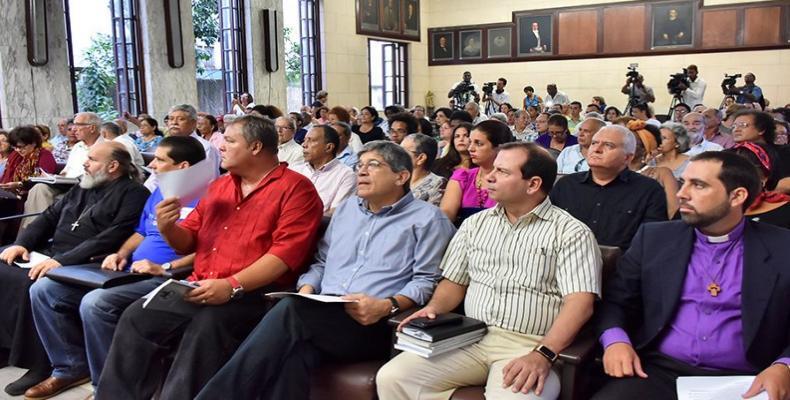 Havana, October 23 (RHC)-- More than 100 Cuban organizations demanded in Havana on Tuesday the end of the economic, commercial and financial blockade imposed on Cuba by the United States.

Convened by the United Nations Cuban Association (ACNU), the organizations expressed their demand at the 16th Civil Society Forum that brought together social organizations from different sectors, religious institutions, and had the support of regional and international actors and entities.

Fermín Quiñones, president of the UN Cuban Association, said the meeting itself amounted to an accusation of the escalation of the U.S. blockade, a hostile measure that represents a  constant limit to development, cooperation, which restricts freedoms and curtails the future of Cuba.

He affirmed that the forum was a voice of support for the presentation in November of Cuba-sponsored resolution at the UN General Assembly, demanding the elimination of the blockade.