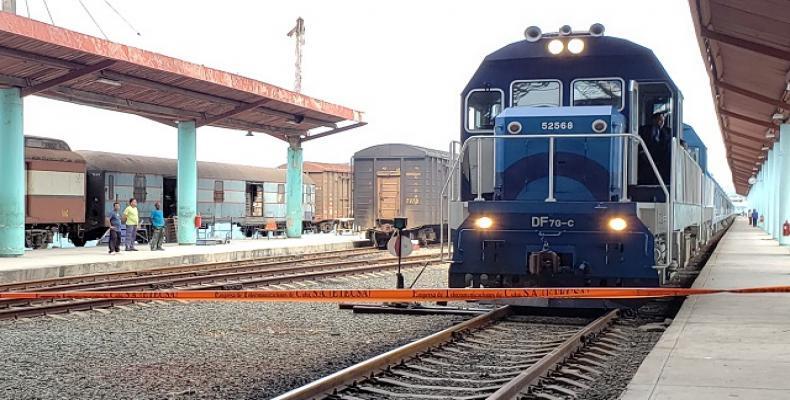 Havana, July 15 (RHC)-- The first train using new equipment from China pulled out of Havana on Saturday, hauling excited passengers on the start of a 915km journey to the eastern city of Santiago de Cuba.

The 13 gleaming Chinese cars and a locomotive departed the city’s La Coubre train station, and wended their way through nine cities before ending in Santiago de Cuba at 9.15 Sunday morning.

It marks a first step of an overhaul Cuban authorities started early last year, repairing about 4,200km of aging tracks and dozens of tumble-down stations scattered around the island.

A new service from Havana to Holguin is starting as of this Monday.

Cuba received a shipment of 80 new train carriages and locomotives in early May, part of a promised consignment of 250 pieces of equipment by the end of this year.

The government hopes a revamp of the system will restore one of Latin Americas’ first country-wide rail services, heavily used to move goods and people around the nation.