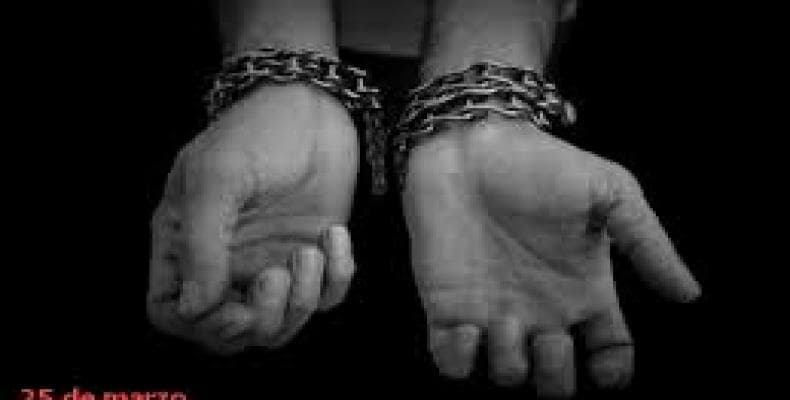 The Minister shared on Twitter the latest report of the country on the fight against this global scourge. He pointed out that the archipelago maintains a policy of zero tolerance and exemplary performance in the prevention and fight against human trafficking, with a low incidence of this problem in the territory.

According to the document, during 2019 Cuba continued to implement the National Plan of Action for the Prevention and Combating of Trafficking in Persons and the Protection of Victims (2017-2020).

Cooperation and the timely exchange of information with international organizations such as INTERPOL, the United Nations system, and counterpart agencies in European countries and the region also continued to encourage greater prevention and confrontation of trafficking in persons.

The report highlights that 15 cases were prosecuted during the period for crimes with typical human trafficking features.

"This low incidence is mainly due to the impact of the preventive and confrontational actions developed, to the "Zero Tolerance" policy against this phenomenon, as well as to the absence of organized criminal networks based in the national territory.