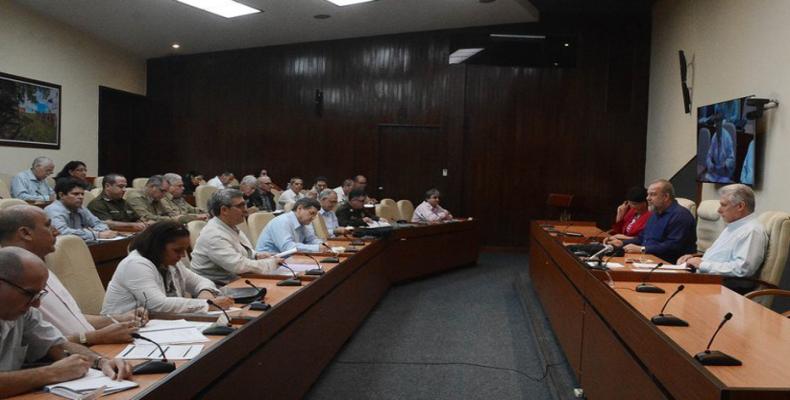 The Cuban Telecommunications Company (ETECSA) reported in the meeting that the country's cellular telephone network currently supports six million active lines. 70% of these connections use smartphones, with access mainly through 2G and 3G networks.

Mayra Arevich, president of ETECSA, assured that these capacities would continue to grow in  2020.

Arevich added that during 2020, the capacities and coverage of the mobile network would continue to be expanded to respond to the primary needs of the economic and defense objectives.

In the Strategic Development Plan for this year, ETECSA's directors announced that some 200,000 mobile lines and 634,000 new mobile internet connections would be added.

Other priorities include the expansion of the capacity and coverage of 4G, prioritizing the areas with the largest population and economic importance, to improve the quality of service.

The working session also analyzed the strategy defined by the Ministry of Communications for the import of computer equipment to accompany the computerization process carried out by the nation.

During the evaluation of this issue, there was agreement on the need to make optimal use of the financial resources allocated for this purpose, giving the highest possible participation to the national industry.

In this sense, President Díaz-Canel insisted on diversifying purchases and acquiring the products that the country needs since not all places require equipment with the same features.

He underlined the priority that should be given to the development of productions in the national industry. He exemplified with the laptop assembled in Cuba, of the Gedeme brand, of proven quality.

"It's a good device, which gives us sovereignty and also development to our industry," Diaz-Canel said.