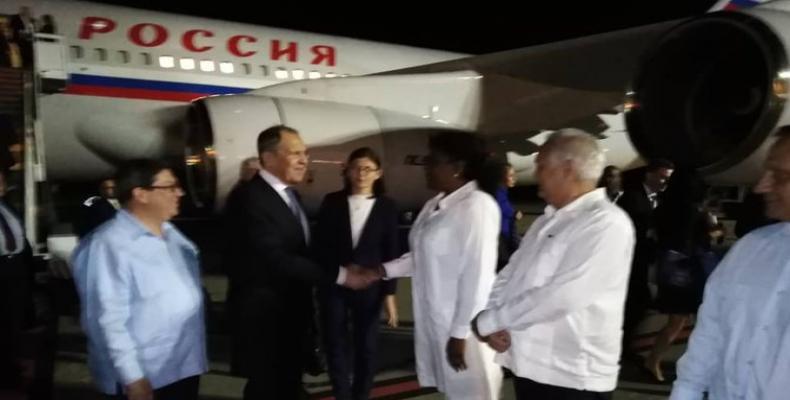 Santiago de Cuba, February 5 (RHC)-- The Minister of Foreign Affairs of the Russian Federation Serguei V. Lavrov is paying tribute to National Hero José Martí and the historic leader of the Revolution Fidel Castro, during a stopover on his trip to Mexico and Venezuela.

After the ceremony at the Santa Ifigenia Cemetery, the Russian Foreign Minister holds talks with his Cuban counterpart, Bruno Rodríguez, when they discuss the intensification of coercive measures against the island by the United States, among other issues, reports Prensa Latina.

A Foreign Ministry spokesman indicated that the visit is part of the traditional ties of friendship on which relations between both peoples and countries are based, as well as the political dialogue at the highest level that has favored links in areas of mutual interest.

The two foreign ministers met on July 24 last year in Havana. They noted then the high level of coincidence between the views on matters of the international agenda, the defense of peace and the role of global institutions.

The spokesman added that Cuba appreciates the permanent position of the Russian government, its parliament, various institutions and its people in solidarity with the demand to end the U.S. economic, commercial and financial blockade.

Last year witnessed a  high pace of economic and commercial exchange between both nations, with wide perspectives for the development of joint projects.

The trend of increasing trade volumes, with an annual value of more than 550 million US dollars, was maintained during this stage.