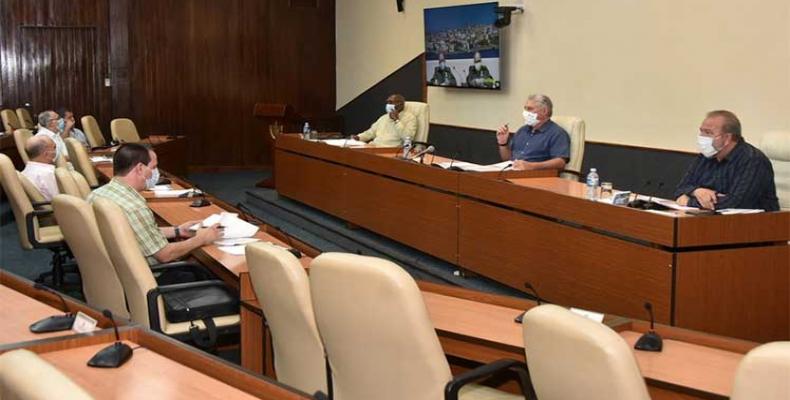 Havana, May 14 (RHC)-- Cuban President Miguel Díaz-Canel has called for the improvement of electronic commerce in the face of the presence of COVID-19, and the complaints by people around the country, dissatisfied with the service.

The president told the directors of Tiendas Caribe and Cimex, who participated in the meeting, that given the epidemiological situation, this type of trade is here to stay.

However, the Cuban president advocated improving it in response to complaints from users due to late orders or the withdrawal of cash without making the order.  Diaz-Canel also addressed the need to generate confidence with the solutions that will be given, to apologize accordingly, and not to leave people with uncertainty.

The meeting also included discussions on the strengthening of isolation measures in the municipality of La Habana Vieja, as well as the epidemiological situation in the capital, an area with 873 confirmed cases, the highest in the country.