Cuba with encouraging figures in battle against coronavirus 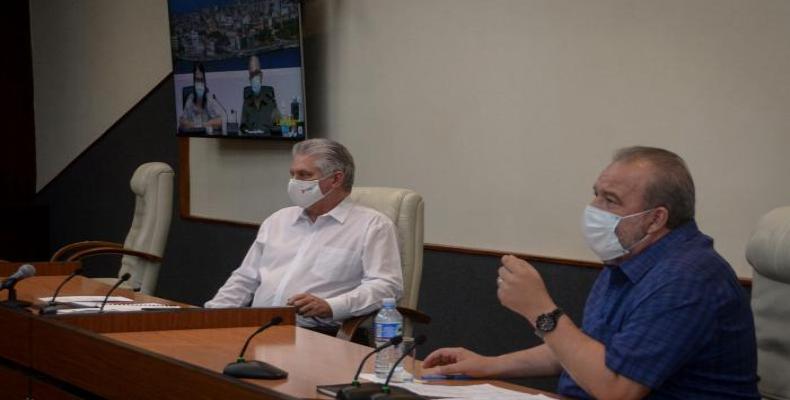 Havana, June 30 (RHC)-- One hundred and ten days after the first three positive cases of COVID-19 were detected in Cuba, the figures continue to be encouraging and attest to how much work has been done to contain the epidemic in the country.  With eight new positive patients, ten medical discharges and no deaths from the disease during the last day, the trend continues to be downward for most health indicators.

This was confirmed by José Angel Portal Miranda, Minister of Public Health, when he updated the country's epidemiological situation during the meeting of the temporary working group for the prevention and control of the new coronavirus, which is led every afternoon by the President of the Republic Miguel Díaz-Canel, and Prime Minister Manuel Marrero Cruz.

According to Granma daily newspaper, the number of people admitted for treatment and monitoring of COVID-19 is decreasing daily.  With 838 people reported at Sunday's close, both in hospitals and in isolation centers for lower-risk suspects, contacts and travellers, this is the lowest figure since the peak on April 22nd, when the number exceeded 10,000.

He also said that of the 2,340 patients diagnosed with the disease, only 41 are currently active, an indicator that also continues to show a decline in recent days. He said that 100% of them have a stable clinical evolution.

In particular, he explained that 39 of these people are admitted to Havana, although five correspond to the open outbreak in the settlement of El Roble, in Mayabeque province.  This means that the capital currently has only 2.6% of active cases.