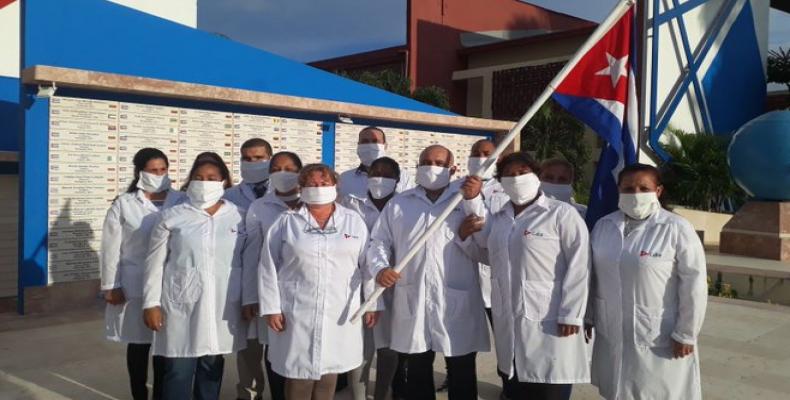 Havana, July 22 (RHC)-- With the arrival of Cuban health experts to Montserrat, a British territory in the waters of the Caribbean Sea, there are now 16 medical brigades in that geographic area working to combat the Covid-19 pandemic.

The arrival of the medical contingent responds a request from the Government of Montserrat to the Republic of Cuba made in March 2020. The island, whose population barely exceeds 5,000 inhabitants, could not have been clearer: "the request was based on the experience of Cuban medical personnel in dealing with disasters and epidemics around the world".

According to Granma newspaper, the deployment of the specialists will last three months.

According to the website of the Cuban Ministry of Foreign Affairs, the brigade is made up of 13 experts: eight in nursing and five doctors specializing in anesthesia, internal medicine, pediatrics, obstetrics and gynecology, and a general medical practitioner.

This opens a new door to the solidarity of the Henry Reeve Contingent, whose members are coming for the first time to this overseas land of the United Kingdom.

Camille Thomas-Gerald, Montserrat's permanent secretary of health, celebrated the arrival of the Cubans, who she said will reinforce the island's health personnel, "who in recent months has worked under extenuating circumstances.

This is the  44th contingent sent from Havana to 37 nations that have requested Cuba's support to face the pandemic, a fact that speaks of the confidence in the human and professional quality of its specialists.