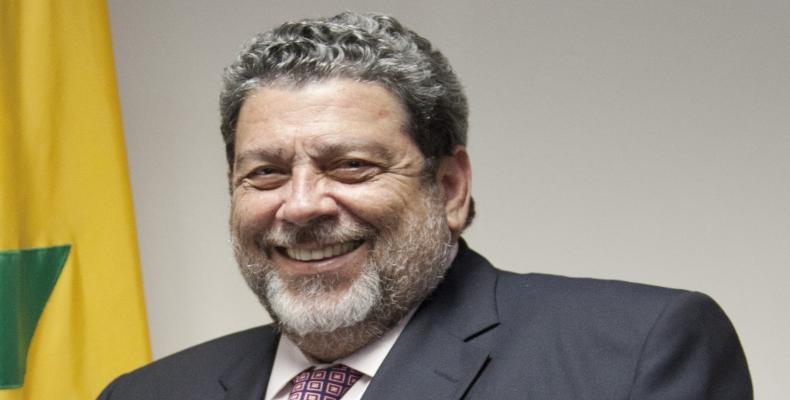 The Prime Minister of St. Vincent and the Grenadines, Ralph Gonsalves.

On Twitter, the Minister of Foreign Affairs highlighted the relations of friendship and cooperation between both nations, on which he expressed the will to continue advancing in their development.

According to preliminary figures released on Thursday, Gonsalves won for the fifth consecutive time at the polls.

The ULP also achieved a significant victory by winning nine of the 15 seats in Parliament, one more than it had until these elections; meanwhile, the opposition New Democratic Party (NDP) won the remaining six.

In his victory speech, the Prime Minister explained that the population of St. Vincent and the Grenadines adopted the progressive plan for the future established by his party and rejected "the policy of hate, backwardness, and colonialism."

Saint Vincent and the Grenadines is among the ten smallest countries in the world, and this month it holds the presidency of the United Nations Security Council, a position it holds from last January until December 2021.