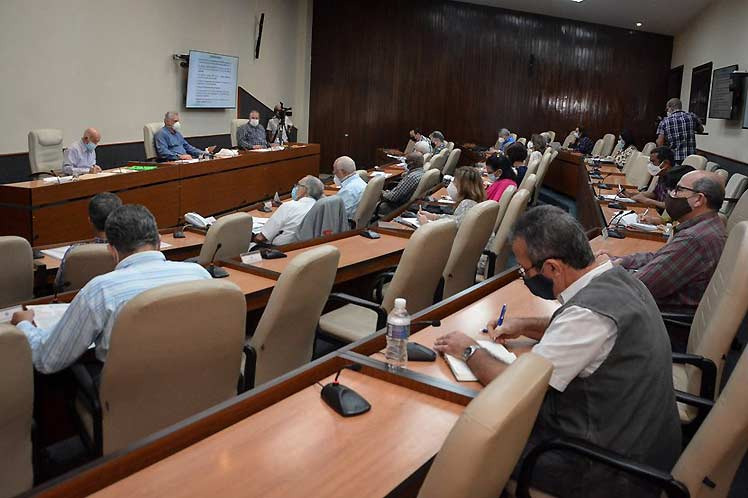 During the gathering, authorities made a detailed evaluation of the national epidemiological situation and the territories' actions to stop the transmission of the SARS-CoV-2 coronavirus, Cuban television reported.

According to the report, the President insisted on the urgency of keeping children at home and not exposing them unnecessarily to the risks posed by such a dangerous disease.

As of January 31,  2,882 minors had been diagnosed with SARS-COV-2 in Cuba.  1,600 fell ill in the first month of the year. In February, unfortunately, the numbers continue to rise.

At the end of Sunday, children represented 14.2 percent of the new infections.

According to the Minister of Public Health, José Ángel Portal, there are 709 active cases in Cuba in pediatric ages. One was reported in serious condition; 40 are pregnant women, and 100 postpartum women with good progress.

The governors of Guantánamo and Pinar del Río, two of the Cuban provinces with the highest positivity rates during the day, informed about the active screening actions.

Official data show that this activity reached 4,761,000 people in the country on Monday, 86 percent of the planned number.

One of the main challenges for the health system in the territories is identifying the source of infection in those infected where it has not yet been possible to determine.

The country's top management was interested in knowing the duration of transfers and admissions of confirmed patients and the isolation of positive and suspected contacts, actions that have proven to be effective in closing the pathways to the spread of the virus.