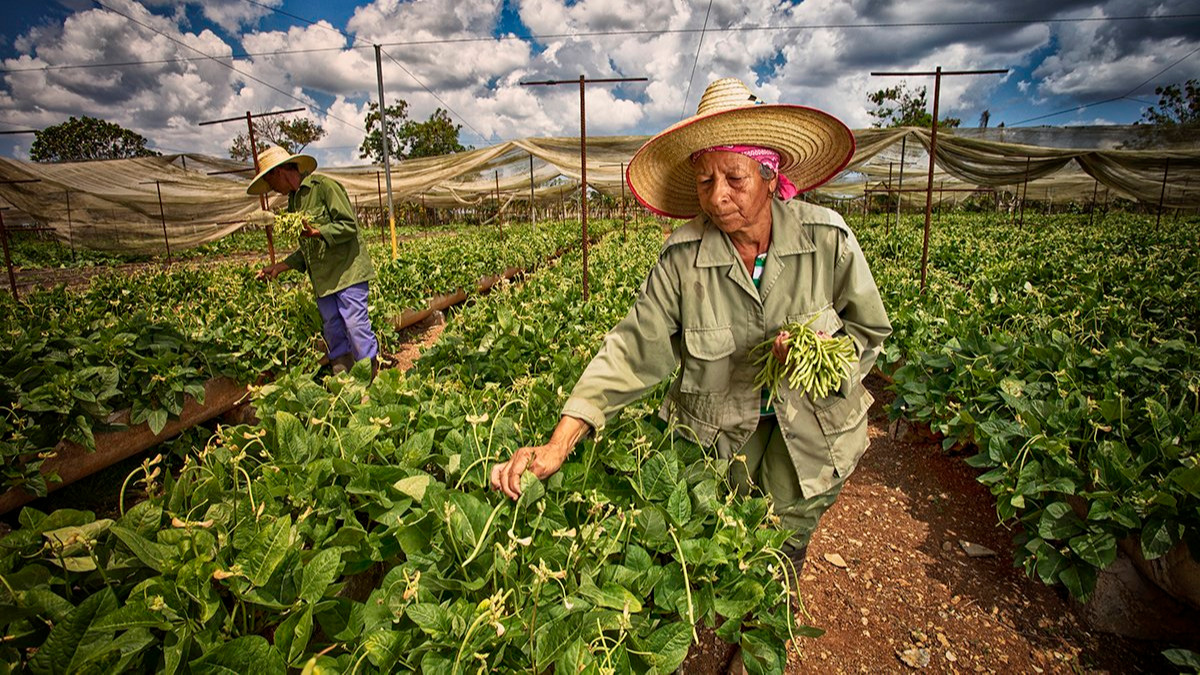 Havana, April 15 (RHC)-- Cuba aims to boost food production through the implementation of a package of 63 measures recently approved by the government, 30 of them considered a priority.

The new decisions impact the prices of inputs and some agricultural products, the process of hiring the labor force, marketing, the promotion of local development projects, the implementation of financial measures, and the payment of taxes.

'Producing food is a task of the first order and depends on everyone's contribution to contribute to the country's food security, said Deputy Prime Minister Jorge Luis Tapia on the television program Mesa Redonda.

The main goal is to be able to produce food with our efforts, he said.

He mentioned that the country has more than 10 million 400 thousand hectares of land, of which some six million 400 thousand 755 are agricultural (58 percent), and only three million 120 thousand 926 are cultivated. 'Therefore, we still have reserves in land use and exploitation, he said.

Among the measures adopted to boost agricultural development are those aimed at facilitating the commercialization of food and eliminating intermediaries, said in the television program the newly appointed Minister of Agriculture, Ydael Jesús Pérez.

He explained that it was decided to authorize the free sale of milk and its derivatives based on the fulfillment of indicators established by the livestock, quality and innocuousness, and the contracted delivery plan.

The measures also gave the green light to the commercialization of small and large cattle meat in the retail network after producers comply with their commitment with the state, and as long as there is no decrease in the livestock mass.