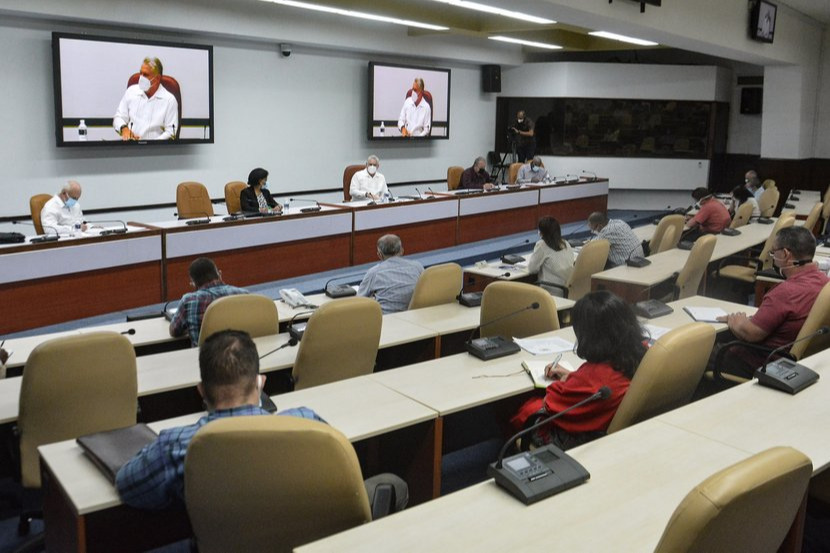 Havana, May 26 (RHC)-- Cuban President Miguel Díaz-Canel advocated on Wednesday for the correct management of soils using science as part of the national program of food sovereignty and nutritional education.

During a meeting with scientists and experts from the Caribbean nation, the president insisted on the importance of applying the scientific and innovative results generated from the academy.

We have an enormous development in the knowledge sector, but we have not been able to interconnect it in its full dimension with the productive sector of goods and services, he said.

According to the Presidency's official website, Díaz-Canel urged to take advantage of and improve existing programs while defending the use of local productive systems.

In this sense, he called for the integration of actors, knowledge management, monitoring, and production bases as part of national plans for soil improvement and land sustainability management.

The president pleaded for the state function of the Ministry of Agriculture in coordination with the knowledge generated from the Soil Institute.

'I believe that this is the contribution of this working session, of dialogue between experts, academics and scientists with the Government, to address such important problems as the Food Sovereignty and Nutritional Education Program,' he emphasized.

During the meeting, Doctor of Science Luis Gómez, general director of the Soil Institute, discussed the current situation of this non-renewable resource in the country and referred to the factors that affect its fertility and productivity.

According to the expert, Cuba has some 11 million hectares, and of them, 6.4 million are for agricultural use; however, 70 percent of that fund is affected by at least one limitation to produce.

¨We are proposing to promote soil conservation and improvement work, and the application of nutrients must also be considered if sustainable production is to be achieved,¨ he said.

The researchers present at the meeting highlighted that Cuba has a map of agro-productive classification, which allows making recommendations according to the type of soil, crop, and resource to achieve sustainable productions.