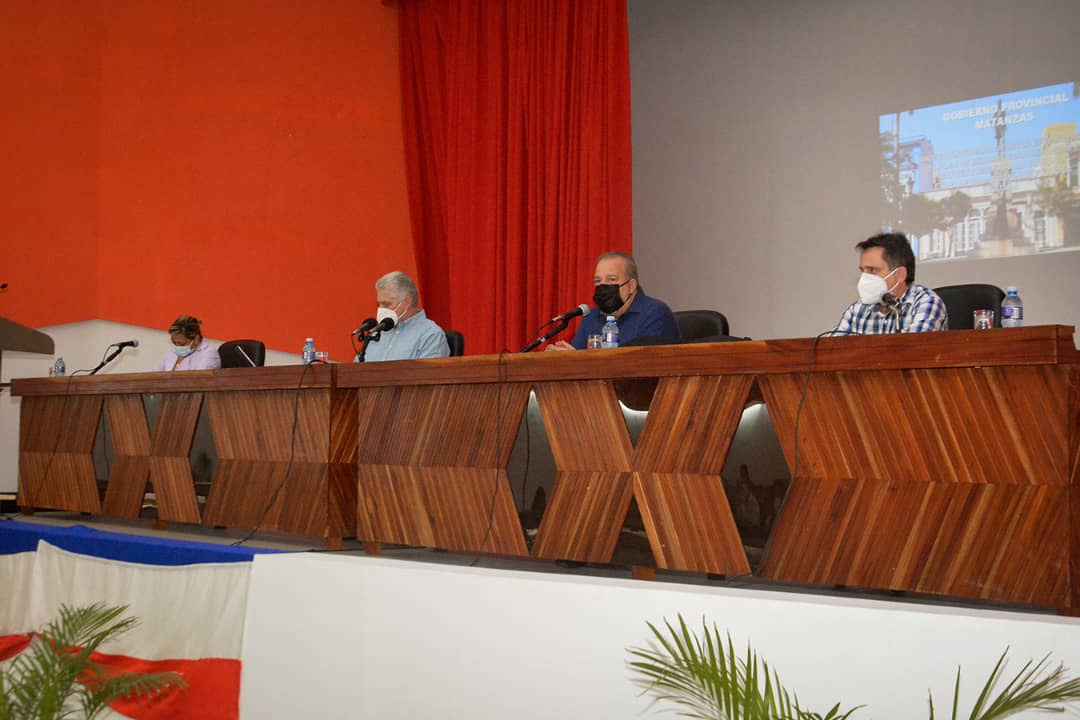 Matanzas, July 9 (RHC)-- The measures adopted in Matanzas and the Government's total support put that territory in better conditions to overcome the outbreak of COVID-19. However, there are still very complex weeks ahead, said Cuban President Miguel Díaz-Canel Bermúdez on Friday, during a meeting with local authorities.

Prime Minister Manuel Marrero and several ministers also attended the meeting. The governmental delegation was briefed on the epidemiological situation of the western province and the actions to support the territory in terms of medical brigades, food, and other resources, said the Presidency of Cuba on Twitter.

Public Health Minister José Ángel Portal Miranda described the situation in Matanzas as very complex due to the circulation of the beta and delta strains of the SARS-CoV-2 virus, which causes COVID-19.

To support the territory in controlling the epidemic, the minister added that  165 doctors and 182 nurses from several provinces are already there, joining professionals from the medical services of the Revolutionary Armed Forces.

Likewise, more than 300 recent medical graduates are joining the fight against the epidemic; the number of PCRs has increased from 1,700 to 2,500, and 112 isolation and care centers have been opened.

Incidentally, Díaz-Canel said that the province would continue to create capacities to admit COVID-19 positive patients, but uncomplicated patients will remain at home for the time being. This requires rigor and different work from primary health care.

The Head of State described the analysis carried out by the province as very critical and praised the spirit of local authorities who are not giving signals of despair.

This Friday's governmental visit is the second this week to the province of Matanzas, which is currently the epicenter of the pandemic in the country.