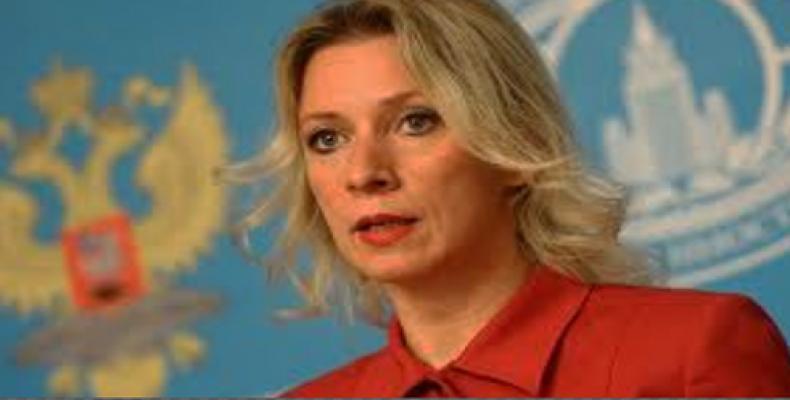 The diplomat drew attention to Wednesday's demonstrations in different French cities, including Paris, where some clashes were recorded on the Republic Square with law enforcement agencies, which used tear gas.

'There is so much mess in the streets of Paris: barricades, water cannons, tear gas, car fires. If it were not for modern technical means, the real Bastille Day - can't you see it from the White House?' warned Zakharova.

During the last few days, Cuban authorities have denounced the link between the United States and the events on the island and the role of Washington's blockade in the serious economic problems facing the country.

On July 13, Russian Deputy Foreign Minister Sergey Riabkov stressed the 'inadmissibility of external interference and other destructive actions fraught with destabilization for Cuba'.

On Sunday, many Cubans took to the streets to express their support for the Revolution, responding to public acts of discontent that took place that day in different parts of the country.

Cuban President Miguel Díaz-Canel, in a televised appearance, rejected the actions of those who encouraged the revolts and described them as opportunism and double standards since they took advantage of the difficult circumstances of the people due to the Covid-19 pandemic and the intensified economic blockade by the United States.

They do not want the wellbeing of the people, denounced the President, and added that inciting this type of disorder in the exceptional circumstances of the country is a perversity.