Cuban Foreign Ministry website out of service due to cyberattack 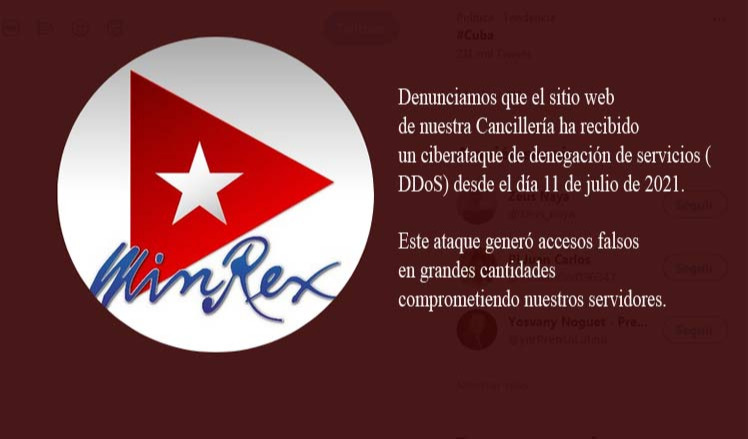 Havana, July 16 (RHC)-- The website of the Cuban Foreign Ministry suffered on Friday another cyber-attack that kept it out of service.

This was reported by the official Twitter account of the Ministry of Foreign Affairs, Cubaminrex, and detailed that this is part of the cybernetic and communicational war deployed against the Caribbean country.

Cuban digital media such as Granma and Cubadebate also showed intermittency when trying to access their portals.

According to the Foreign Ministry, IP addresses located in the United States, United Kingdom, France, and Turkey generated the attack since July 11, although the location can be masked in other countries, it said.

The servers were attacked from 34 IP addresses that generated 10,000 simultaneous accesses each.

The web portal Cubavsbloqueo denounced a similar crusade of denial of services from the same date.

The main IP addresses that generated false accesses in large quantities and tried to collapse our servers are geolocated in the U.S.', said Cubavsbloqueo microblogging platform on Twitter.

On Thursday, Cubadebate revealed a similar operation, mainly from U.S. territory, which compromised the bandwidth and response capacity of its servers.