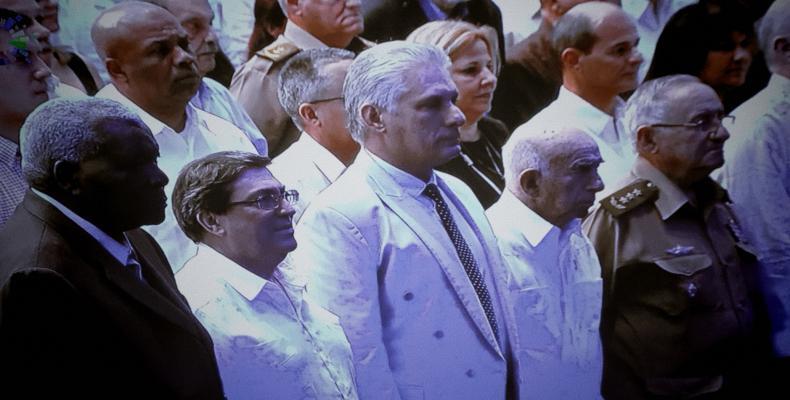 Havana, December 23 (RHC) – The main ceremony for the 60th anniversary of the foundation of the Cuban Foreign Ministry was held Monday at the Revolutionary Armed Forces Hall in Havana.

Cuban President Miguel Diaz Canel and the Second Secretary of the Central Committee of the Cuban Communist Party, Ramon Machado Ventura, presided over the ceremony.

During the event, participants recalled the legacy of the historic leader of the Cuban Revolution, Fidel Castro Ruz, the architect of the island’s foreign policy, based on the basic principles of international law, and the respect of sovereignty, independence and the territorial integrity of states.

Since its foundation on December 23, 1959, the Ministry of Foreign Affairs of Cuba has been instrumental in rejecting interference in the internal affairs of states.

Also attending the celebration were the President of the National Assembly, Esteban Lazo Hernandez, and Foreign Minister Bruno Rodriguez Parrilla, among other top Party and Government officials.