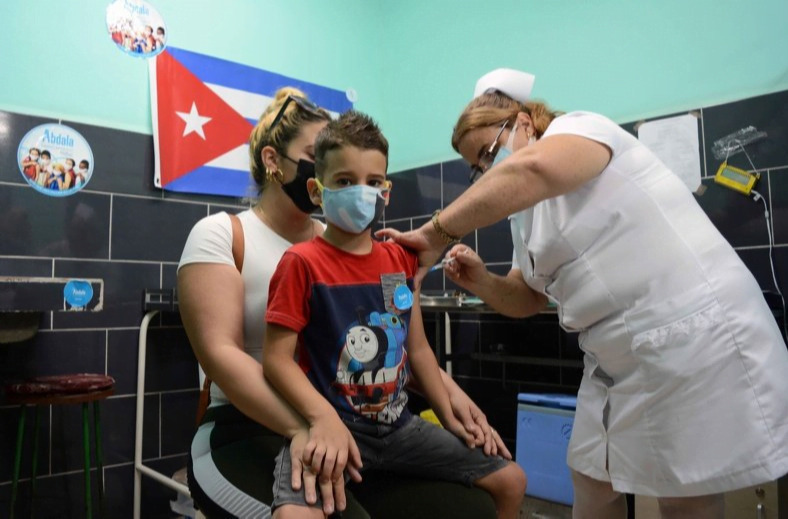 Havana, September 7 (RHC)-- Cuban President Miguel Diaz-Canel evaluated on Monday the progress of the national vaccination campaign against Covid-19, especially that linked to the immunization of children between two and 18 years of age.

During the regular meeting of the temporary working group for the confrontation of the pandemic, the Minister of Public Health, José Ángel Portal Miranda, commented to the President and other authorities that as of September 4, 14  672 062 doses had been administered with Cuban vaccine candidates Sobernana 02 and Sobernana Plus, and the vaccine Abdala.

The President also spoke with government representatives from other provinces to learn about the epidemiological situation in each territory and the availability of medical oxygen.

The analysis revealed that Pinar del Río, Cienfuegos, Sancti Spíritus, Mayabeque and Artemisa present, in that order, the most complicated scenario in the face of the new coronavirus.

During the meeting, it was learned that both those territories and others with a higher incidence rate of the disease are still working to create new hospital capacities.

In the case of Santiago de Cuba, its authorities highlighted the launching of a new laboratory that will manage up to 4,000 PCR samples per day to detect the disease in the eastern part of the country.