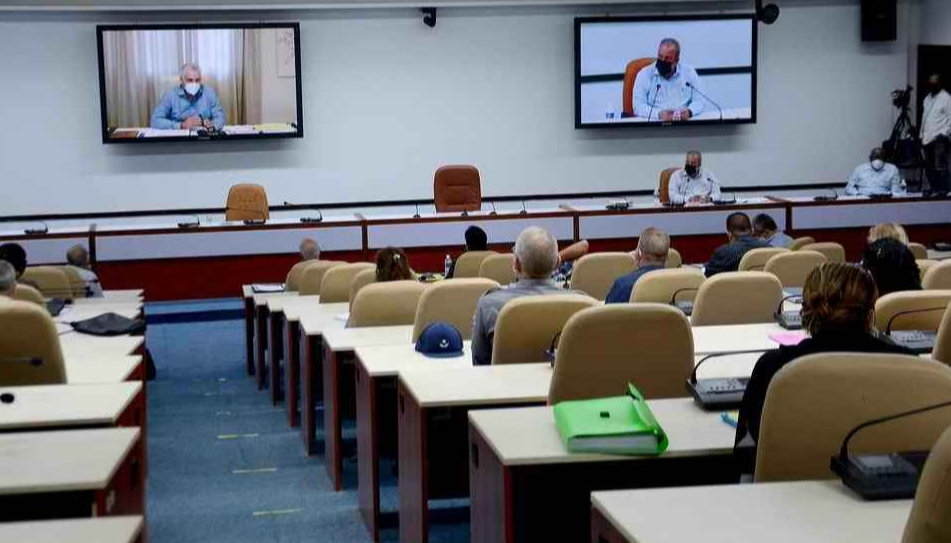 Havana, Sep 23 (RHC) The first secretary of the Central Committee of the Communist Party of Cuba and president of the Republic, Miguel Díaz-Canel participated this Wednesday in a new virtual meeting from the Palace of the Revolution, with the governors of the 15 provinces and the intendant of the special municipality Isla de la Juventud.

At the meeting, led by Prime Minister Manuel Marrero Cruz, the implementation of the policy for the care of individuals, families, households, groups or communities in situations of social vulnerability was evaluated.

As explained by the Minister of Labor and Social Security, Marta Elena Feitó, the program's objectives include fostering the quality of social services, improving, diversifying and expanding the protection of Social Assistance, as well as reducing the problems that limit some people's possibility of getting better opportunities.

In this meeting, information was provided about the execution of the budget that supports the differentiated attention to the most vulnerable, a high priority issue for the national government.

Incidentally, the Cuban president insisted on the direct and specific attention that must be given to all people who have social disadvantages.

"There are a number of social disadvantages that cause inequalities in our society, which we have to immediately face and address. In addition, I believe that the main way to deal with the problems is to understand them, and that social workers work to solve it," stressed the Head of State.

Díaz-Canel emphasized that "this must be an in-depth integrative work to eliminate the causes of why they are at such a disadvantage".

Other issues of the country's social and economic life were evaluated in this exchange that linked all the territories and in which the Vice President of the Republic, Salvador Valdés Mesa, also participated.

The fulfillment of the integral plans to confront urban illegalities, the progress of the Housing Plan at national level and the challenges of implementing the 63 measures approved to boost food production in the country, a process that must keep advancing in order to meet the demands of the population, were widely discussed.

The meeting also evaluated the current epidemiological scenario of the nation, after 560 days of confronting COVID-19.

At the meeting, experiences were shared on the main actions developed in those territories that show results of more favorable indicators in the fight against the pandemic. (Source: Radio Rebelde)